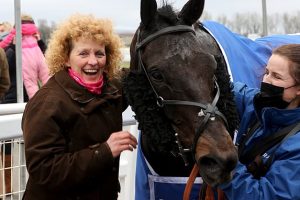 Lucinda Russell was dreaming of another Grand National tilt at Aintree next season after landing the Coral Scottish National with Mighty Thunder at Ayr yesterday.

Russell won the 2017 Grand National with One For Arthur, who was retired last year. But in Mighty Thunder the trainer has another talented, stamina-packed chaser on her hands.

The 8-1 shot beat Sandy Thomson-trained 7-1 favourite Dingo Dollar three-quarters of a length, hitting the front just after the final fence under a perfectly timed challenge from jockey Tom Scudamore. 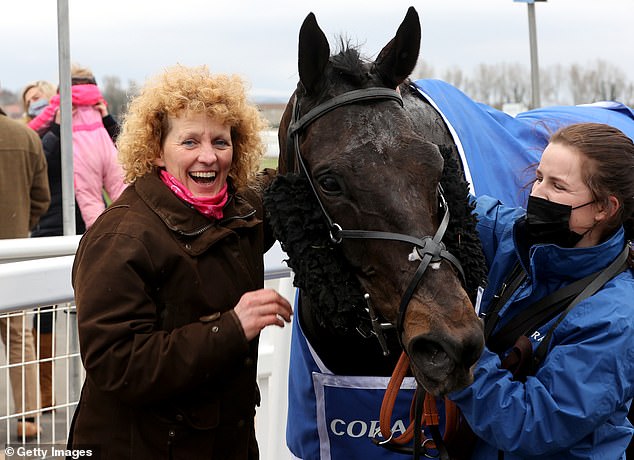 Mighty Thunder is the first Scottish-trained winner of the biggest jumps race north of the border since Merigo in 2012. It was a strong showing all round for home jumps racing with four of the first five home trained in Scotland.

The result was also quick compensation for Scudamore after having to pull up favourite Cloth Cap in last weekend’s Grand National. But in celebrating her success, Russell spared a thought for Mighty Thunder’s regular jockey Blair Campbell, who missed the ride because of a hand fracture.

‘I know I’ve won the Grand National but I’ve always wanted to win the Scottish National,’ said Russell. ‘I’m delighted but I feel so sorry for Blair because he should be riding him. He’ll get the ride back next season. We have some nice targets.’ 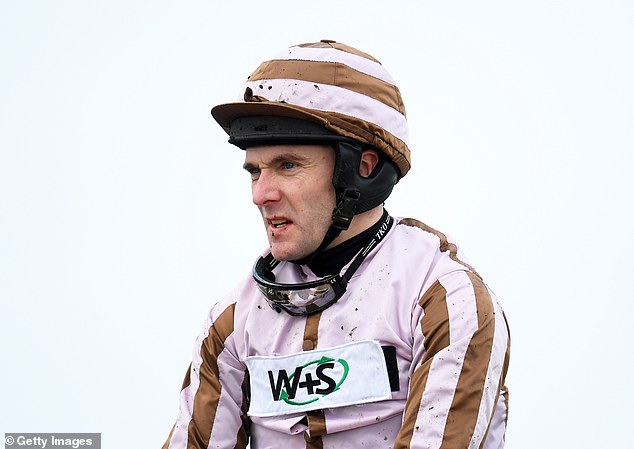 Mighty Thunder, a Midlands National runner-up, will be tested at Aintree early next season. In-form Russell, who was a Grade One winner at Aintree’s Grand National meeting with Ahoy Senor, added: ‘Mighty Thunder has endless stamina.

‘We’ll probably go for the Becher Chase (in December) and see if he takes to the fences. If he does, then great. If he doesn’t, we’ll aim at the Scottish National again.’

Heading to the fourth-last it looked like Thomson was about to train the 1-2 as Dingo Dollar forged clear with stablemate The Ferry Master. But inexorably closing them down were Mighty Thunder and eventual third Mister Fogpatches.

Scudamore said: ‘He gave a buck as the tape went up, which wasn’t ideal. It was hard work but he knew where the winning line was.’ Champion jockey Brian Hughes was replaced on Dingo Dollar by Ryan Mania after his intended mount Vintage Clouds was a non-runner. 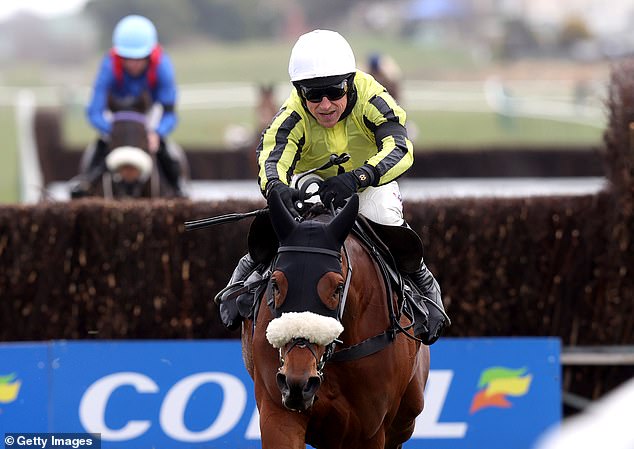 And Hughes left Ayr still trailing title rival Harry Skelton by six (146-140) after he landed the Bumper on Vina Ardanza and Skelton won the Future Champions Novices’ Chase on Allmankind.

With the title race ending on Saturday at Sandown, it is hard to see a way back for Hughes.

Richard Hannon-trained Chindit is 12-1 for the 2,000 Guineas at Newmarket two weeks on Saturday after pouncing late to win the Greenham Stakes at Newbury by a neck from Mehmento under Sean Levey.