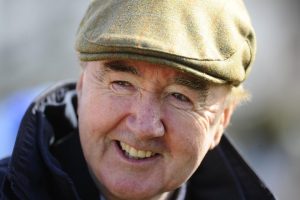 The legendary Irish training wizard who famously created history by giving the Melbourne Cup its first northern hemisphere winner has strongly backed the radical safety changes to the famous race.

Dermot Weld changed the face of the Melbourne Cup when Vintage Crop’s victory in 1993 became the springboard for the Cup becoming a truly international contest and sparked a growing tidal wave of European entrants.

Last November, Weld told the Herald Sun that more must be done in Europe before Cup horses left their home countries including a full body scan and a CT scan of their fetlock joints.

The Herald Sun contacted Weld again in the wake of the sweeping raft of Cup recommendations this week, after a strict cap on the number of internationals allowed at Werribee was imposed and more onerous medical restrictions were forced in both hemispheres.

“I gave you a few comments last year, and from what you are telling me now, I am very glad they have implemented the suggestions that I made,” Weld, speaking from Ireland, told the Herald Sun.

“It is interesting that they have more or less followed through on the suggestions that I made and I am very happy they have done so.

“I just made my suggestions to be helpful and I hope it all works out well for everybody.”

Weld, who also enjoyed a famous Melbourne Cup victory with Media Puzzle in 2002, used to regularly claim the Flemington track was too hard and launch an annual call for more water to be applied to the surface.

The renowned pioneer of global racing no longer points the finger at the Flemington track.

However he is a big supporter of increased vetting and what he said last November was clearly noted in the corridors of racing power in Australia.

“Before the horse leaves his own country if the horse had been checked out thoroughly in every possible way, and scans were all good and everything was all good, then there should be no worries,” Weld said at the time, in his suggestion to help prevent the tragic spate of Cup horse deaths.

“I think that is better than going to Australia and then there is a lot of cost involved in bringing these horses down and they are being examined pre-race and then there is always controversy and debate over scans and whether the horse should be let run or not.”

One of the new restrictions announced this week is a requirement that Melbourne Cup internationals only have one start in Australia prior to contesting the Cup.

Weld said: “No problems there, I wouldn’t see that as a problem.”

Weld hasn’t been seen at the Cup since Galileo’s Choice finished 20th in 2012 and before that he was here with Profound Beauty, who finished 17th in 2010.

But he is hopeful of returning Down Under with a Cup runner in future.