Cheltenham descended into horror this afternoon when hot favourite Sir Erec snapped its leg in the first race of the day.

Pentland Hills ran out a shock 20-1 winner of the JCB Triumph Hurdle, the opening event on the final day of the 2019 Cheltenham Festival.

However, the race was marred by the tragic moment hot favourite Sir Erec broke down mid-race.

Sir Erec stumbled over a fence, snapped its leg and collapsed on the course before green screens were erected.

News was broken by an emotional Ed Chamberlain live on ITV Racing after the race. He initially said: “There was a real sickening moment during the race. Green screens will go up as a precaution. We will keep you updated as much as you can.”

While AP McCoy said: “It’s absolutely breaking. That’s the toughest thing about sport. It’s heartbreaking, there’s no other way to describe it.”

The news that everyone feared then filtered through moments later when Sir Erec’s death was confirmed by on-course medics.

Chamberlin paused and told viewers: “I am afraid it’s the inevitable news I have to bring you. I’m afraid Sir Erec has had to be put down. What an awful start to Gold Cup day. The news none of us wanted.

– What is AP McCoy ranting about at Cheltenham? 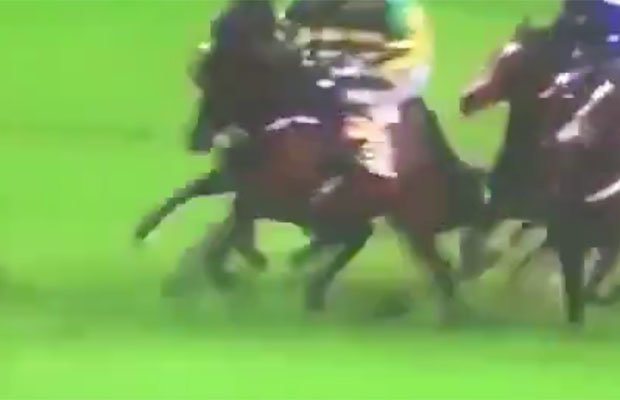 “But take nothing away from my horse. He made a bad error at the first where he over-jumped it and recovered well after that.”

The tragic death comes just days after PETA director Elisa Allen called for the sport to be banned.

“Since twice as many horses fell than finished during yesterday’s final race, the only thing shocking about Ballyward’s death is that it was the only one,” she said.

“PETA is calling for a long-overdue investigation into drugging in racing, the use of whips, and other cruel practices that push horses past the breaking point so that big money can be made behind the scenes.

“Watching racing events like Cheltenham is as unacceptable these days as watching a bullfight. Horse racing is a stain on the UK’s reputation as a nation that cares about animals, and it needs to be put out to pasture.”