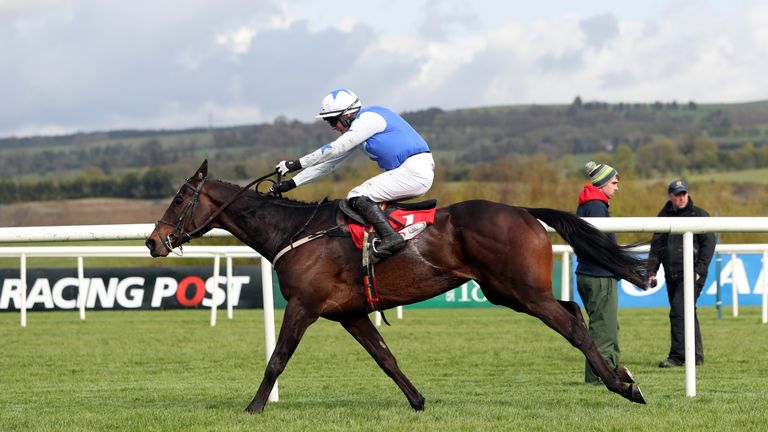 High-class chaser Kemboy will lead a strong team for the Supreme Horse Racing Club into battle this winter.

The successful syndicate currently has close to 30 horses on its books, all of which are trained by Willie Mullins.

Kemboy was very much the star of the show last season, winning three of his six starts over fences including a Grade Three triumph at Limerick and a fine weight carrying performance in a valuable novice handicap chase at the Punchestown Festival.

The six-year-old was also fourth in the JLT Novices’ Chase at Cheltenham in March and with a rating of 157, he is set to be competing at the top level this season.

Steve Massey, racing manager for the owners, said: “Kemboy is in great form. He’s not a big horse, but he summered really well and came back with a big belly on him.

“He was fantastic for us last season. I don’t think any of us could have envisaged he would end up being as good as he is over fences, but he seems to love chasing and with a rating of 157, he’s the highest-rated horse we’ve ever had.

“Given his rating, there aren’t going to be a lot of options for him and he’s going to have to step up another level. As always, Willie will make plans for him. I don’t think he’ll be out before the last week of November or first week of December at the earliest.

“He has his own style of jumping, but seems effective over two and a half and three miles and hopefully it will be another exciting season for his owners.”

Kemboy is a 33-1 shot with bet365 and William Hill for the Ryanair Chase at next year’s Cheltenham Festival and 50-1 with the former firm for the Magners Cheltenham Gold Cup.

Massey is looking forward to seeing how far Robin De Carlow can climb through the mares’ ranks following her recent Listed success at Limerick, while Aramon and Harrie are other horses for whom connections have high hopes.

Massey added: “We were delighted with Robin De Carlow the other day. That was her third win from four starts, so she’s done fantastically well.

“She’s going to have to step up again now and I think the key to her is going a longer trip. I see she’s priced up towards the head of the betting for the mares’ novices’ hurdle at the Cheltenham Festival, but I can’t see her being a two-mile horse myself.

“In my view she would be unlikely to go there (Cheltenham) as Fairyhouse has a two-and-a-half-mile Grade One not long afterwards.

“Aramon is a horse we really like. He was impressive on his hurdling debut at Kilbeggan, beating Global Jackpot, who has won three times for Gordon Elliott since.

“Aramon was beaten by a horse rated over 100 on the Flat at Listowel last time in Triplicate. He just got beaten for a turn of foot and we think he’ll improve when he steps back up to two and a half miles or further.

“We’ve always had a high opinion of Harrie. He had a few niggles last season and was beaten on his only run in a bumper at Down Royal.

“We think he’s a lot better than that and if we get a clear run with him, we think he’ll do well in the novice hurdling division this season.”