The Gordon Elliott-trained eight-year-old will carry top weight in the Glenfarclas Cross Country Chase with jockey Keith Donoghue likely to be in the saddle.

Davy Russell rode Tiger Roll when he won at Aintree but Donoghue was the jockey on board when Tiger Roll landed the cross country chase at last season’s Cheltenham Festival. 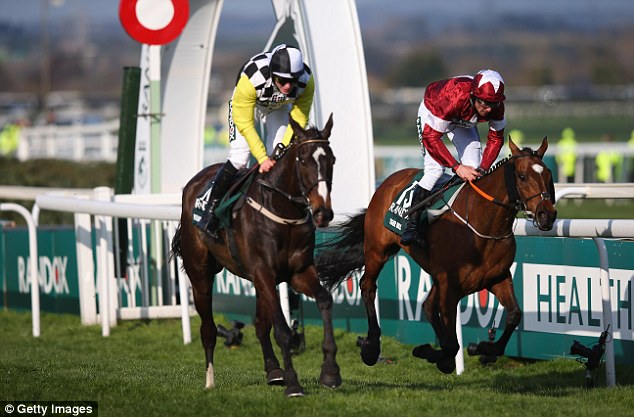 That was a third win at the biggest jumps meeting in the British calendar for the gelding which carries the Gigginstown Stud colours of Ryanair boss Michael O’Leary.

Elliott says a fourth Festival win in March is the aim and a more attainable achievement than winning back-to-back Grand Nationals.

The trainer said: ‘This time last year he was not easy to train and we had a few problems with him. I was not sure what road I was going to go with him. But he has come back this year a totally different horse. He is a lot stronger and I am looking forward to starting him back on Friday.

‘It’s a big ask off top weight but the cross country race in March will be his Gold Cup, that’s the one we want to win.

‘It will also be a big ask to win the National again. He is not the biggest horse in the world and he will have an awful lot of weight. But if we would get him to win four times at the Cheltenham Festival that would be special for me.’

Elliott’s Samcro will try to bounce back from a defeat at Down Royal this month which left a question mark over his Champion Hurdle credentials when he runs in Sunday’s Morgana Hurdle at Punchestown.

Nicky Henderson’s Rather Be is the 5-1 favourite for the feature BetVictor Gold Cup at Cheltenham on Saturday with the sponsors.

Success on Marienstar at Kempton yesterday, a third win in her last five rides, means Bryony Frost has now ridden out her conditional jockey’s claim, although she will be able to use it until Thursday.