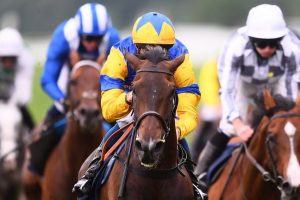 David Menuisier is determined to view Wonderful Tonight’s Qatar Lillie Langtry Stakes opponents with due respect as he prepares the rerouted favourite for her Group Two assignment at Goodwood.

Wonderful Tonight is sure to go off a much shorter price on Saturday than she would have if, as was initially intended, she had taken on Adayar et al in last weekend’s King George VI And Queen Elizabeth Stakes at Ascot.

Quick ground scuppered that plan, with Menuisier’s dual Group One and Royal Ascot heroine a late absentee and instead set to take her chance in a nine-strong field on the final day of the Goodwood Festival.

She is the red-hot favourite, ahead of the likes of Ralph Beckett’s Albaflora, Roger Varian’s Believe In Love and Aidan O’Brien’s Irish Oaks runner-up Divinely, the only three-year-old participant.

Albaflora is second best in most bookmakers’ lists yet was six lengths adrift of Wonderful Tonight when Menuisier’s stable star made her winning return in the Hardwicke Stakes last month.

Wonderful Tonight must concede 3lb and upwards all round – but at the weights and on ratings, only Divinely has a theoretical advantage.

Menuisier said: “The opposition obviously is not the same as the King George, but they have to be respected. 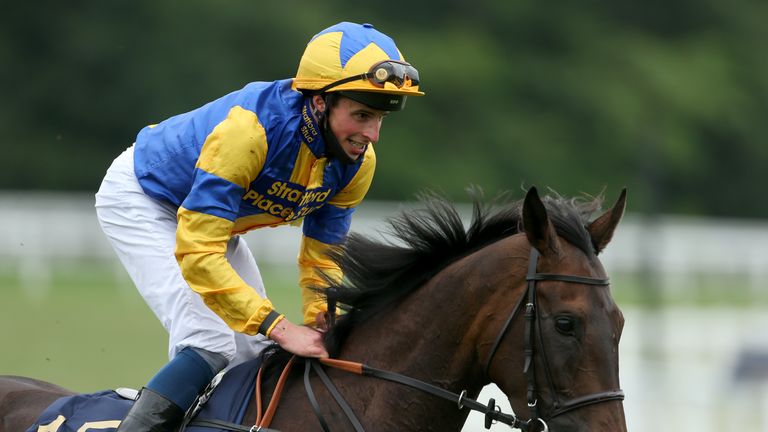 “I haven’t gone into great detail as to the horses left in the race – but there’s a three-year-old carrying next to no weight, which is something you can’t discard.”

He acknowledges Wonderful Tonight has an obvious opportunity to extend her winning sequence to four, but is not inclined to take anything for granted.

“She’s the favourite and she should be, but we’re not going there thinking she’s a sure thing, nothing (else) can happen,” added the Sussex trainer. “It’s a horse race, and we know Goodwood offers some upsets at times.

“It’s not a track where you want to be tanking too much, especially over a mile-six. There’s no certainty in life, apart from deaths and taxes – and that applies to any race, including this one. “I’m not here to put a dampener on it because on sheer ability, there’s no race. But I just want to make sure everybody’s aware that we are going there very humbly.”

Wonderful Tonight has a string of Group One entries next month and beyond – including the Prix de l’Arc de Triomphe in October – and with that potential programme in mind, Menuisier pencilled in a mid-summer target.

“She’s a bit buzzy, because she went to Ascot and had to come back,” he said. “But other than that she’s fine. I treat the filly the same for both races. She’s well and she needs to run.

“It’s important she runs at the end of July, and it didn’t happen last weekend. That’s the main point – she needs to run somewhere, because she’s really well and fit.

“I don’t want to deceive her by going back home and keep on working her there to get the freshness out of her without racing.”

Goodwood is beginning to dry out after the downpours early this week – which will not be to the obvious advantage of Wonderful Tonight, who has excelled in testing conditions.

Menuisier concedes she is unlikely to be right at her best on good ground, but he will not shy away from it.

“Obviously we’re still hoping for some rain before Saturday to keep it on the slow side – because it’s drying out quickly,” he said. “Good ground would be OK – and if we don’t get any more rain I think that’s what it will be.

O’Brien’s Divinely was second to stablemate Snowfall in the Irish Oaks having also run well in the Oaks at Epsom and the Ribblesdale at Royal Ascot.

Given the three-year-olds have been taking full advantage of the weight-for-age concession in the big races recently, O’Brien will be hoping the 15lb she receives is enough.

“She has developed into a very solid, classy filly and now has two Classic-placed performances to her name after chasing home Snowfall in the Irish Oaks last time, albeit at a respectful distance,” her jockey Ryan Moore told Betfair.

“She operates on any ground, so the weather can do what it wants, and you have to like her chances as the only three-year-old in here getting a hefty 12lb from most, and 15lb from Wonderful Tonight.

“But you obviously have to say Wonderful Tonight is the one to beat in here after that Hardwicke win last time, even though she picked up a 3lb penalty for it, especially if we get more rain.”