Elegant Escape among 23 in mix for Ladbrokes Trophy 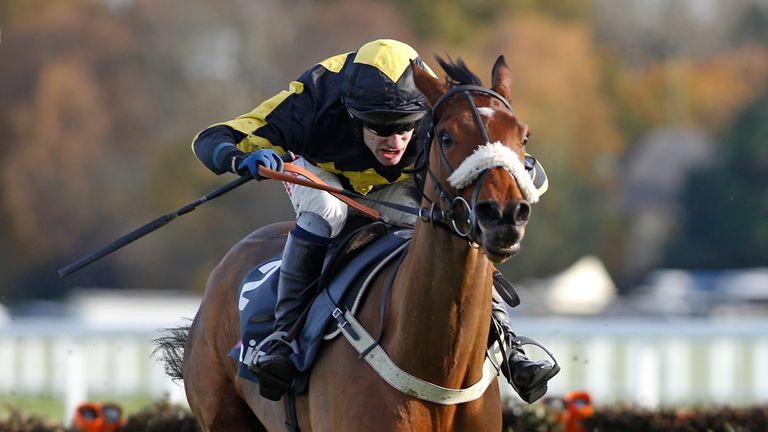 Elegant Escape and Kemboy are among 23 horses confirmed for Saturday’s Ladbrokes Trophy at Newbury.

The Colin Tizzard-trained Elegant Escape propelled himself to the head of ante-post lists with a comeback victory at Sandown earlier this month, for which he will carry a 4lb penalty in Berkshire this weekend.

Having rounded off last season with a handicap success at the Punchestown Festival, the Willie Mullins-trained Kemboy made a successful reappearance in the Clonmel Oil Chase – and he too carries the penalty.

Having seen Be My Royal disqualified in 2002, Mullins belatedly won the race formerly known as the Hennessy Gold Cup for the first time 12 months ago with Total Recall, who was the first Irish-trained winner since 1980.

Total Recall could defend his crown – while Mullins has also left in Al Boum Photo, Rathvinden, Invitation Only, Up For Review and Isleofhopendreams. The Closutton handler has not confirmed Pairofbrowneyes.

The potential Irish challenge is completed by the Gordon Elliott-trained pair of Don Poli and Monbeg Notorious.

Three-time Grade One winner Don Poli has not been seen in competitive action since finishing third in the Irish Gold Cup at Leopardstown in February of last year.

Along with Elegant Escape, leading contenders for the home team include the Tom Lacey-trained Thomas Patrick – who was just half a length behind the Tizzard runner at Sandown – Anthony Honeyball’s consistent mare Ms Parfois and Dingo Dollar from Alan King’s yard.

The Young Master, who has won at Chepstow and Cheltenham this season for Neil Mulholland, is at the very foot of the weights.

Paul Nicholls, who won the race twice as a jockey aboard Broadheath (1986) and Playschool (1987) – and three times as a trainer with Strong Flow (2003) and dual winner Denman (2007 and 2009) – is looking forward to saddling Charlie Hall Chase runner-up Black Corton.

He said: “He’s fit and well and – and I’m quite surprised he’s a 25-1 shot, considering we beat Elegant Escape in a Grade One at Kempton and then were only just beaten by him at Newbury giving weight away.

“He probably ran a career-best in the Charlie Hall at the weights, and that puts him in the mix as a lively outsider.

“I’m not saying he is going to win ,because he is not a Denman or a Kauto Star, but he is a tough, genuine horse that has got a good each-way chance.

“Bryony (Frost) will ride him on Saturday again.”

Nicky Henderson’s Terrefort, who was ante-post favourite before finishing a disappointing last of four behind Elegant Escape and Thomas Patrick at Sandown, has been taken out.