Covid lockdown in South Australia has struck with racing shut down 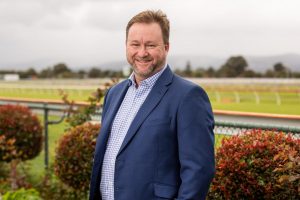 While AFL was able to flee the state, despite the best endeavours of officials racing in South Australian came to a sudden halt on Tuesday.

Racing South Australia CEO Nick Redin issued a statement to the industry on Tuesday evening informing of the immediate cessation of racing in the state.

The halt to racing came after three new cases of Covid were recorded in the state earlier in the day causing Premier Steven Marshall to lock the state down from 6pm Tuesday for at least seven days after confirmation of the highly-transmissible Delta variant.

“Despite lobbying the Government today and pressing our case to allow racing to continue behind closed doors, as has been the case in all mainland jurisdictions right throughout this pandemic, at this point in time we have not yet been able to reach a position where we can conduct race meetings for the next seven days,” Nick Redin said.

“In light of the lockdown the race meeting scheduled for Wednesday at Gawler has been transferred to Thursday 29 July and will be conducted at Gawler.

“Racing SA will provide an update on the situation with the upcoming meeting scheduled for this Saturday at Morphettville as soon as the new Directions have been released.”

Normal training, exercising, grooming and movement necessary to care for horses is still permitted, however with certain restrictions.

Those restrictions include staff being obliged to leave training facilities as soon as their activity is finished and the maintaining of distancing at all times in line with Government requirements.

Despite this not being mandatory at this stage racing participants are requested to wear masks.