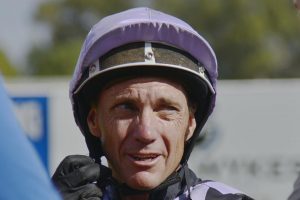 Greg Ryan, one of most prolific jockeys in Australian racing history, has hung up his riding boots.

The champion NSW country hoop has called time on a sensational career that spanned three decades and produced more than 4000 winners.

He last rode at Mudgee on December 4 and six months later has made a final call on his riding future.

“I pretty much decided in December but didn't want to say too much in case I had a change of heart,” Ryan said.

“I‘m 55 years old now and I’ve had a fair trot and have a few other things on my plate.

“To tell you the truth, I still feel like having a ride when I see one going around but I just don’t think there is turning back now I’ve made the decision.

“It will take some time for that feeling to disappear I think.”

Despite only beginning his riding career at 25, Ryan will go down in the history books as one of Australia’s all-time great winners.

The Dubbo-based jockey was known to travel hundreds of kilometres across the NSW countryside in pursuit of winners.

His final tally of 4035 winners is second only to veteran country rival Robert Thompson, who is edging closer to the 4500 mark.

“When I first started riding Bill Aspros was the King of the Bush and I used to look at him at thinking it would be good to get where he was,” Ryan said.

“I ended up going further than I would have expected.”

Ryan ensured he left his mark on racing.

He set a new Australian record for the time in 2001-02 with a whopping 208 winners in a season before eclipsing his own mark with 216 winners the following campaign.

Ryan other Listed victory came aboard the Pat Farrell-trained Alart in the Listed Reginald Allen Quality in 2015, which he also piloted in one of four Wellington Boot wins.

He ranks those Boot victories above all else.

Ryan dedicated much of his success to his wife Pauline, who managed the veteran hoop’s bookings for much of his career.

Ryan has spent much of the past six months working with son his Isaac at his tree service business and now plans to dedicate his time to the trade.

“I feel like I've had my turn and am trying to do something for him,” he said.

“We are working together and it‘s going pretty well.”