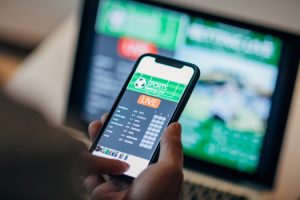 Leading corporate bookmakers have responded cautiously to the suggestion they should commit to funding a proposed national body, Thoroughbred Welfare Australia (TWA), that would develop and implement a national welfare strategy for thoroughbred horses.

The idea, contained in the Thoroughbred Welfare Initiative (TWI) report released on Monday to provide a framework for thoroughbred welfare, suggested that betting agencies could assist with funding TWA by either contributing a percentage of turnover or placing a levy of 50 cents on each of the estimated four million betting accounts in the country.

TWA’s sole purpose would be to improve the welfare of horses with the industry forced to respond after the ABC’s 7.30 revealed in 2019 the abhorrent treatment of some thoroughbred racehorses after their careers finished.

It was part of 46 recommendations made to improve the welfare of racehorses with funding for the body also to come from jockeys, trainers, breeders, owners and sponsors. The report outlined the fragmented nature of the current approach with state-based administrations and principal racing authorities running different schemes.

Tabcorp and Sportsbet Australia were among the bodies that helped fund the report which was developed by racing and breeding experts who formed the Thoroughbred Aftercare Welfare Working Group and have lent the project broad support. 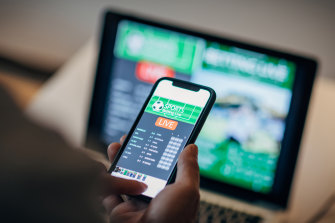 They remained non-committal when asked about the bookmakers’ potential role in funding the new body although both indicated they were open to further discussions on the issue.

“Tabcorp has been a participant and financial supporter of the Thoroughbred Welfare Initiative as part of supporting the racing industry’s efforts to ensure the welfare of animals is prioritised,” a Tabcorp spokesperson said.

“As for your question on funding, that’s something we’d assess and discuss with the racing industry if that detail was put to us. Tabcorp’s operations already return $1.1 billion to the Australian racing industry each year.”

The report estimated that $29 billion was spent on betting on horseracing last season. Corporate bookmakers already make a financial contribution to key bodies within the industry but Sportsbet said they recognised the welfare of horses was crucial.

“Welfare is an incredibly important issue facing the industry, and Sportsbet remain committed to helping. We contributed to the Thoroughbred Welfare Initiative report, and are committed to collaborating with the industry in getting animal and participant welfare right,” a Sportsbet spokesperson said.

Although the TWI report was welcomed one industry source were waiting to see how such a body would work with the principal racing authorities in each state to augment and complement existing work rather than immediately committing to the recommendations.

Victoria’s Minister for Racing Martin Pakula indicated it was essential for Racing Australia – which does not hold much authority over state bodies – were at the forefront of driving change.

“Any work that can further improve equine welfare is welcomed, and I note that Racing Victoria will give consideration to the report’s recommendations,” Pakula said.

“It is key that these recommendations are also considered at a national level by [the] industry through Racing Australia.”

A key recommendation from the TWI that the Victorian Government has been driving is the establishment of a national traceability register so the whereabouts of all horses and who is responsible for their welfare post-racing is known.

The National Horse Traceability Working Group is expected to provide recommendations to the Agriculture Ministers Meeting in mid-2022 and is on track despite criticism that its progress has been slow with all horse owners in Victoria currently requiring a Property Identification Code.

The TWI also recommended that national standards for the care of horses and a national definition of what is good welfare be created with the state-based administration structure of racing inhibiting such moves.