There will be a strong European representation in the $1million contest, which for the first time is part of the official two-day Breeders’ Cup programme which starts at Churchill Downs a week on Friday.

Runner-up to US challenger Shang Shang Shang in the Norfolk Stakes at Royal Ascot, Pocket Dynamo was a sick horse when beaten in the Prix Robert Papin in France and endured a nightmare run when fifth to Sergei Prokofiev in the Cornwallis Stakes at Newmarket. 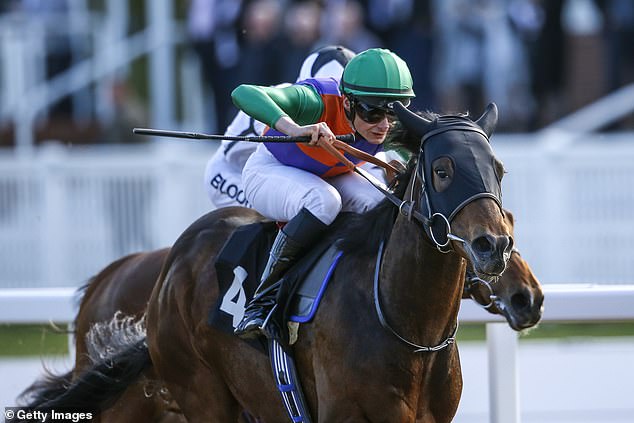 Cowell said: ‘A fast and furious race like Juvenile Turf Sprint will suit Pocket Dynamo down to the ground. He came back from France full of a bug of some sort. We thought it had cleared but it transpired it was getting worse.

‘We just had to be patient before starting back again but it might have done him good to have had a bit of a freshening up period.

‘He got in all sorts of trouble at Newmarket, but it showed he has got over the sickness he had and has retained all of his ability.’

Cowell yesterday launched his new ‘Tigers Syndicate’ for the 2019 season in conjunction with Leicester Tigers and England scrum half Ben Youngs. The hope is attract like-minded rugby and racing fans.

Cowell added: ‘I am a massive rugby fan and a big Leicester Tigers supporter and I have got to know Ben reasonably well. Since we have been talking has become very interested in racing.’

Jamie Osborne’s Toast of New York, runner-up in the 2014 Classic, is also being lined up for another shot at the race.