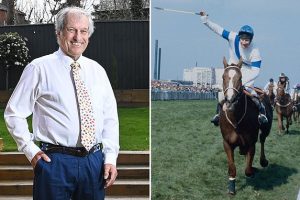 Talking to Bob Champion serves up a volley of reminders of how close one of the greatest stories in Grand National history came to never happening.

How close the movie script chronicling Champion’s journey through chemotherapy to overcome cancer and partner ex-invalid Aldaniti to a victory in 1981 came to never being written.

And how close his charity, which has raised £15million and counting for cancer treatment and research, came to not having its inspiration. 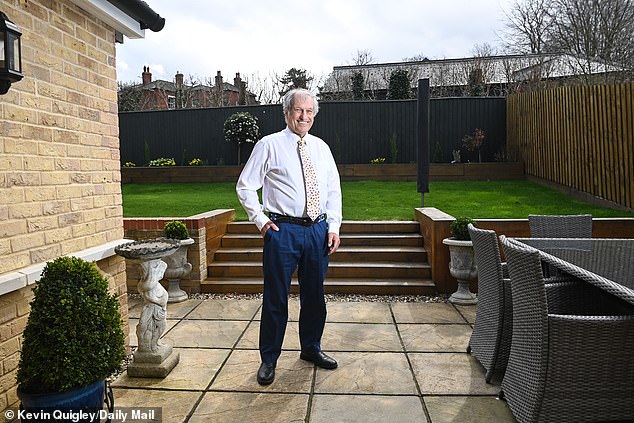 There was the time when, his weakened body having succumbed to septicaemia, Champion was being rushed down the M4 towards London at 120mph by his brother-in-law in an emergency dash to the Royal Marsden Hospital.

Stopped by the police, a speeding fine turned into a mercy-dash escort which got him to the hospital just in time.

‘When the police saw how bad I looked, they helped get me to the hospital with a half-hour to spare,’ recalls Champion.

‘I would have died. They had to change my blood. I can’t remember a lot about that day but I do recall a feeling of relief when I thought I was dying. It wasn’t hurting and it was a release. That’s the truth.’

Then the moment when the jockey, spirit broken, told his nurses that he couldn’t take the experimental chemotherapy any more and wanted to go home to die peacefully. 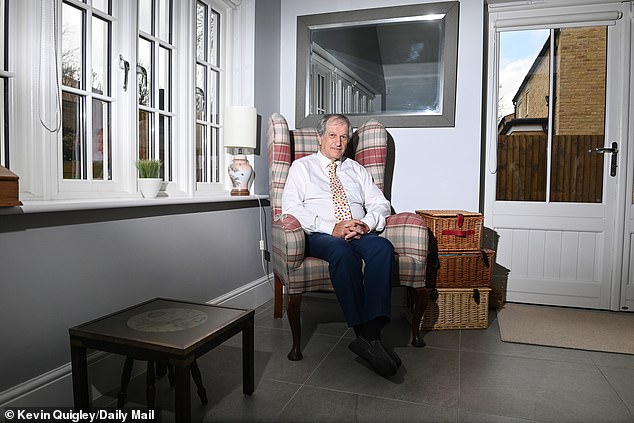 ‘I was giving up,’ says Champion, who had testicular and lung cancer. ‘I told the nurses I was ringing my sister to collect me. They said, “Bob, just have a walk and think about it’’. I ended up walking back through the children’s ward. They were all having chemo and didn’t look as miserable as me. I was ashamed of myself.

‘I went back to the nurse and said, “Wire me up again”. But if I had not gone through the children’s ward, I promise you I was on my way home.’

The stories will be retold this week as we count down to the 40th anniversary of Aldaniti’s Grand National win, as Champion, now 72, returns to Aintree.

The day after the National he will walk the four-and-a-quarter mile race distance as part of a series of sponsored walks that will cover 191 miles, the same number of days Champion endured chemotherapy.

Planned to fit in with Covid-19 protocols, journey’s end will be Findon in Sussex, where Josh Gifford trained Aldaniti.

The result Champion is hoping for this time is more money to keep funding the two cancer research facilities he has helped build at the Royal Marsden and in Norwich in conjunction with the University of East Anglia. 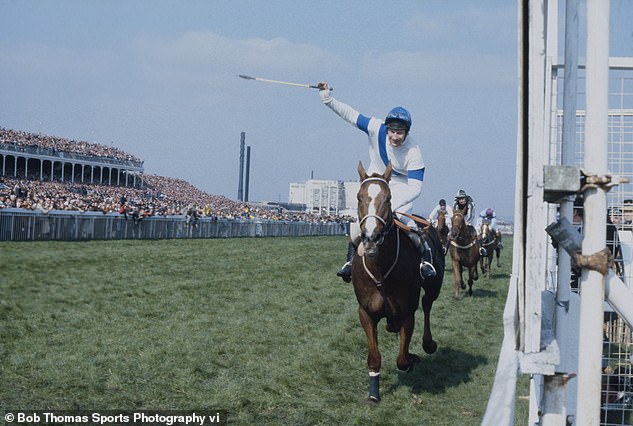 There was no great masterplan to start with. ‘When I won the National, people who had backed me sent their winnings to the Royal Marsden, care of me,’ he says.

‘There was quite a lot and we didn’t really know what to do with it. So we kitted out a room where family or someone who was having chemo could sit. But there was a lot more money than we needed for that by a long way.’

Nick Embiricos, who owned Aldaniti with his wife Valda, played a big part in setting up and driving the Bob Champion Cancer Trust. They had already been big players in Champion’s fight for life. 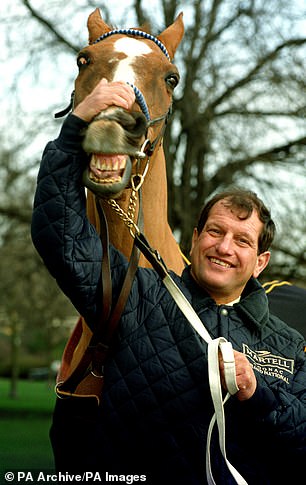 The dream of riding Aldaniti at Aintree was keeping Champion going through chemotherapy until disaster struck at Sandown in November 1979.

‘Halfway through my treatment Aldaniti suffered a leg injury at Sandown in between the last and the second-last fence,’ says Champion.

‘I can still remember the vets turning to Mr and Mrs E and saying the best would be to put him down.

‘But Mrs Embiricos said, “Bob’s always said Aldaniti would win a National, we are going to take him home”.

‘The horse was amazing. He stood in his stable tied up, leg in plaster, for six months. He couldn’t lay down or walk around. All he could do was eat.

‘I couldn’t have done it, I would have gone mental.’

By the time Aldaniti returned six weeks before the 1981 Grand National with a win at Ascot, Champion was a walking miracle of emerging medical science.

He’d been given a 30 per cent chance of living. His weight had dropped to 8st 7lb and he had lost 30 per cent of his lung capacity.

By comparison, the Grand National was a cinch. Jumping to the front at Valentine’s Brook on the first circuit, Champion and Aldaniti were never headed as they finished four lengths in front of runner-up Spartan Missile.

Twelve months later the duo fell at the first fence and a few days later Champion retired. His race for life was only just getting out of second gear. 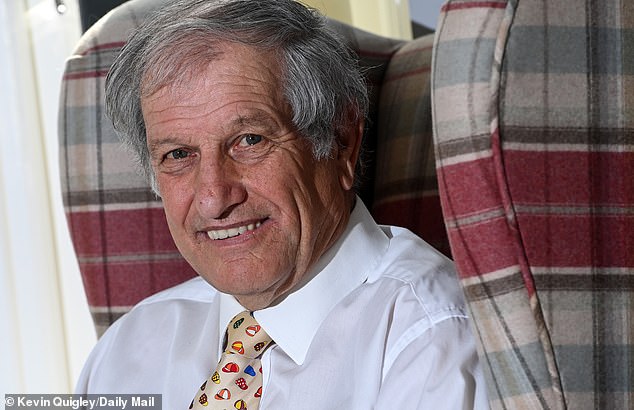 What makes him proud now is the part his charity has played in changing the death sentence into a 95 per cent chance of recovery from testicular cancer if it is detected early enough.

‘To build two research laboratories and run them makes me proud. We know they are doing good,’ he says. ‘The dream would be a major breakthrough that cures all cancers but I just want to keep raising money to help save and prolong people’s lives.’

Ultimately, it has all been possible because of the result of one horserace — and the amazing endurance of two heroes.