Blue Diamond calling: Science and secrets behind a star two-year-old 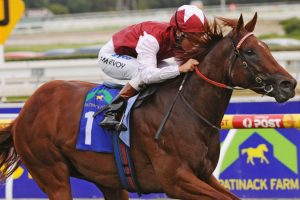 There's a common theme shared when some of Australia's best trainers explain what makes a good two-year-old.

"The most important thing is they have to have speed, but it's better if they have speed and they're relaxed," six-time Blue Diamond-winning trainer David Hayes says. 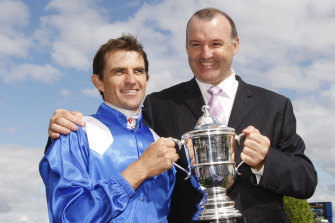 "There's a big difference between speed and maturity [but] two-year-olds have both," adds Mick Price, who has won two of the past nine Blue Diamonds.

"Lankan Rupee wasn't a two-year-old, but he was a brilliant sprinting older horse. Speed is only one part of it."

Peter Snowden concurs. “I think attitude and ability, [an] equal amount,” he says.

"If you've got a really good horse with really good ability, but a bad attitude, he'll never get where he should be. And vice versa, if he's got all the attitude and good will but can't gallop he won't go anywhere. But if you get both, that's what makes a good two-year-old."

Snowden, a three-time Blue Diamond-winning trainer, knows as well as any what a champion juvenile looks like.

Sepoy was one of, if not, the best two-year-olds this country has seen when, in 2011, he broke the clock winning the Blue Diamond before claiming the Golden Slipper five weeks later.

"He was just a complete racehorse," Snowden recalls.

"But I've had some good ones. Pride Of Dubai won a Blue Diamond. I thought I'd never see him before Christmas, he was just a big raw horse, but once we started doing some pacework with him he had the best action and the best mindset, he just coped with everything. Physically he looked a little immature but mentally he was very mature." 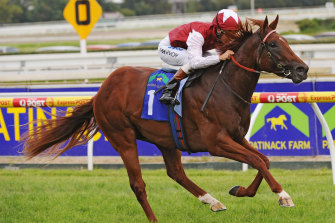 Snowden compares the early two-year-olds to AFL draftees and Olympic athletes, who dominate their fields from an early age.

"It's the same thing. Kids are going into camps at eight or 10 years old, they're champions at 15.

"At 16 kids are playing first-grade football or running in the Olympics. Back in my day it was unheard of.

"If you've got a horse that's not feeling the ground or shin sore, it doesn't matter what odds they are, if they're a nice and relaxed horse with a good turn of foot and feeling no pain, they run a lot better than sometimes their ability," he says. 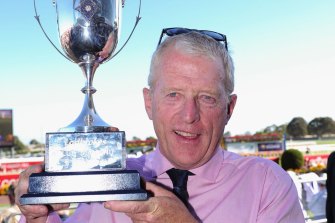 Price says he’s checking on his two-year-olds weekly to see who can cope and who needs more time to mature.

"You need to always be cutting back on their work and doing less with them, rather than more," he says.

"That's the eternal question of horse training – how much is not enough?

"We've got programs for them where we ask them to improve without stressing them too much and we find out which ones cope and which ones are ready for the paddock. We're always bringing them in and tipping them out; it's a matter of reading your horses.

"Actually making a horse from day one is like the art of horse training."

Price says it's pretty easy to debunk an argument that two-year-olds are too young to be racing.

“The majority of horses don’t race as two-year-olds anyway,” he says.

"Trainers are getting better and better and they're giving them more time. We've got no rush on them."