Blackmore winning the race to be top jockey at Cheltenham Festival 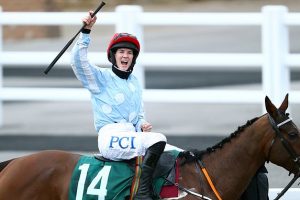 The Rachael Blackmore show is earning repeat fees at the 2021 Cheltenham Festival but it may not have finished yet.

The 31-year-old jockey heads into the final day of the meeting with a ride on Gold Cup joint favourite A Plus Tard and a two-winner lead in the race to be the Festival’s top jockey after two more successes on Thursday.

Going into the Festival Blackmore had had three winners at the biggest meeting of the jumps calendar. She now has a total of five more after a display of brutal front-running brought her victories on Willie Mullins-trained Allaho in the Ryanair Chase and a more patient effort on Henry De Bromhead’s Telmesomethinggirl in the Parnell Properties Mares’ Novices’ Hurdle. 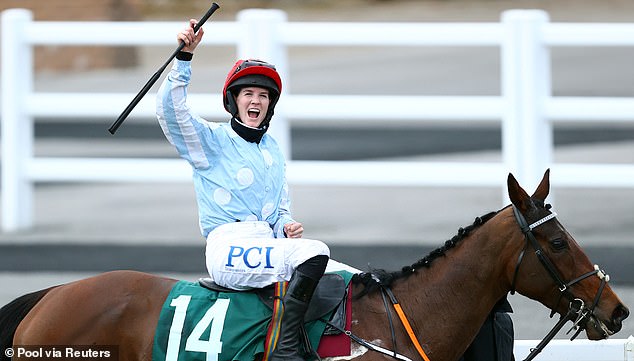 Little wonder that after the win of Telmesomethinggirl, the rider who became the first female jockey to win the Champion Hurdle on Tuesday partnering Honeysuckle, told ITV: ‘This is overwhelming to be honest. I didn’t think I’d enjoy chatting to you so much!’

It was the performance of Allaho and Blackmore that will linger in the memory after the 12-length defeat of Fakir D’Oudairies.

Blackmore added: ‘I never felt like I was out of my comfort zone anywhere. I was just letting him gallop and jump at the speed he wanted and trying to get breathers into him in a few places.’

Mullins, recording his fourth winner of the week, admitted Allaho’s run had left him ‘gobsmacked’, adding he could aim Allaho at the King George VI Chase at Kempton on Boxing Day.

There was a shock in the Marsh Novices’ Chase when 4-9 favourite and unbeaten dual Festival winner Envoi Allen fell after the fourth fence leaving jockey Jack Kennedy to trudge disconsolately back to the weighing room. 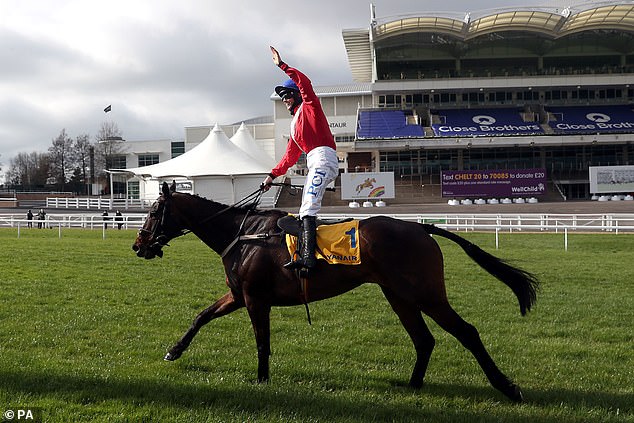 His exit was capitalised on by Nico De Boinville-ridden Chantry House, a second winner of the week for trainer Nicky Henderson who said: ‘I had hoped he would at least give Envoi Allen a bit of a race. It’s a pity he fell but you’ve got to grab the chances when you get them.’

But that was the lone win for the home team after another massive day for Ireland left the lopsided race wins scoreline 17-4 in favour of the visitors.

It was also a memorable day for the wider Mullins family with Willie’s nephews Emmet and Danny getting in on the act.

Emmet trained The Shunter to win the Paddy Power Plate Handicap Chase, his three-length success from Farclas also earning a £100,000 bonus offered by the sponsors of the Morebattle Hurdle he won at Kelso earlier this month.

And Danny made the most of a last-minute call-up to ride his first Festival winner as he made all the running on Flooring Porter to land the Paddy Power Stayers’ Hurdle.

Colleague Jonathan Moore had travelled from Ireland to ride the 12-1 shot but after partnering Flooring Porter in his morning exercise Moore selflessly accepted he had not sufficiently recovered from a fall at Naas last Sunday. 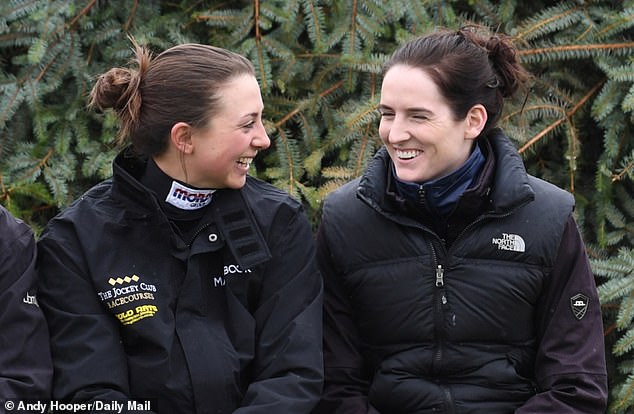 Mullins, who rides Kemboy in Friday’s Gold Cup, said: ‘Credit to Jonathan as he knew he wasn’t in good shape this morning. He was the first man to congratulate me and that was a real bittersweet moment for him.’

Blackmore hit the deck for the fourth time this week when Plan of Attack fell three out in the Fulke Walwyn Kim Muir Challenge Cup Chase which produced the most amazing performance of the day from Denise Foster-trained Mount Ida.

Struggling early and jumping erratically, the mare warmed to her task and ran out an easy six-and-a-half length winner from Cloudy Glen. It was a third win of the week for Kennedy, Blackmore’s nearest pursuer in the race to be the meeting’s top jockey.

Meanwhile, Tiger Roll may still head to Aintree’s Grand National meeting next month despite being scratched from the big race. The idea of running in the Betway Bowl, a three-mile contest over the conventional fences, was floated on Thursday 24 hours after he recorded his fifth Festival win in the Cross Country Chase.