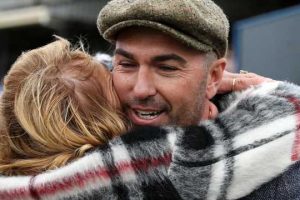 The classy daughter of Pride Of Dubai was beaten but far from disgraced in the tradition Oaks lead up when running third in the Group 3 Auraria Stakes (1800m) on April 17.

“She hasn’t done anything to diminish our thoughts of her all the way through,” Wilde said.

“When we brought her back with this race in mind and then she won well and then ran second to a smart horse second up at a race at Sandown before we made the decision to head over there for a run.

“The way she battled on the other day after not having the easiest run was great. She didn’t get beaten far.

“I think she should be well and truly up to this.”

TAB.com.au rate Sirileo Miss as a $19 hope for the Australasian Oaks with star jockey Craig Williams in the saddle this weekend.

It will be the first time the three-year-old steps out over the 2000m but Wilde expects she will cover the journey with no problems.

“We are hoping to ride her with a bit of cover this time.

“She hit the front quite early the other day but hopefully that isn’t the case this weekend ridden with a bit of cover.

“I am hoping to get a wet track which that looks pretty unlikely at this stage but she should run well.”

The Ciaron Maher and David Eustace-trained Steinem ($4.20) and Scott Brunton’s Hela ($4.80) have been battling for favouritism provide the main challenge to Wilde’s filly.

Wilde will be chasing a feature double when he makes his way across the border with the talented Aurora’s Symphony set to tackle the Listed Port Adelaide Cup (2500m).

The Glass Harmonium gelding put together a hat-trick of wins before having a short break and returning in the Terang Cup, finishing seventh after leading the field up.

“I thought he ran quite well his last start after we had given him a freshen up from a little issue,” Wilde said.

Aurora’s Symphony is a $9.50 chance in betting. Damien Oliver will pilot the stayer from barrier 13.