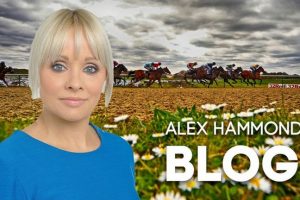 Sky Sports Racing’s Alex Hammond looks ahead to the weekend’s feature action at home and abroad including the Great St Wilfrid at Ripon.

I’m off to Ripon for their feature meeting of the season, where the William Hill Great St Wilfrid is one of seven races on the card. It’s an incredibly popular handicap and once again we are treated to an ultra-competitive race to try and unravel.

Last year’s winner, Staxton, is back for more and is just 4lbs higher in the weights for his repeat bid. His trainer Tim Easterby has won this three times in the past (the first time with the superb Pipalong back in 1999) and has six runners in this year’s handicap.

I think Staxton is the best of them at a track he thrives on. He hasn’t been blessed with the best of draws in 8, but I hope he’s well enough treated on a track he loves to overcome that obstacle.

For me, his main rival is Mr Wagyu, but it’s worth bearing in mind if you fancy John Quinn’s consistent six-year-old, that he is 11lb higher in the weights than when he finished one place ahead of Staxton at Hamilton in July and the latter is 1lb lower, so there is 12lb between them now. That should turn things back in Staxton’s favour and I’m sticking with Tim Easterby’s runner to emulate Pepper Lane who won back-to-back runnings of this race in 2011/2012. He’s 6/1 to win it with Sky Bet.

With the firm paying seven places I wonder if it’s worth considering Muscika at a big price. David O’Meara trained Pepper Lane to those previous repeat victories and has won this three times in total. He has a couple of rolls of the dice this year with Soul Seeker his other runner, but I’m not convinced this six-furlong trip suits that horse ideally. 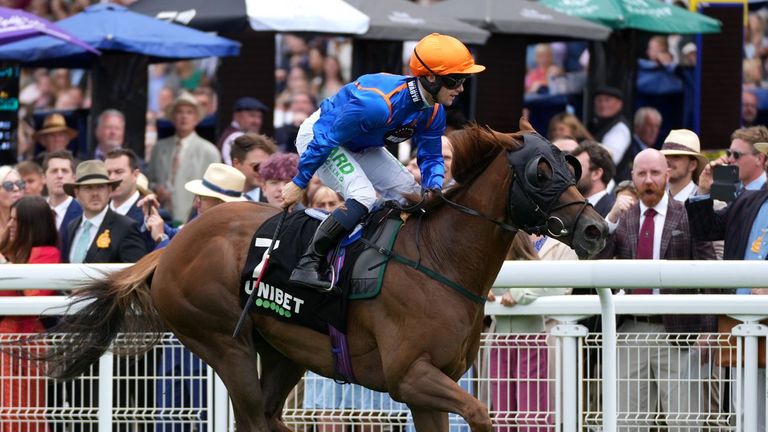 Muscika on the other hand has run well in this in the past, having finished fourth to Dakota Gold in 2019 and he’s now 8lbs lower in the weights than for that effort. He can be quirky at the start, but if he breaks on terms could lead them from the front and is a tempting 22/1 with Sky Bet.

I’m looking forward to being at Ripon for the meeting for Sky Sports Racing, so hopefully see you there.

The Prix Jacques le Marois on Sunday in Deauville is this weekend’s feature race and what a line-up there is for this one-mile Group One. Palace Pier won the race 12 months ago and is back for more after a blood disorder ruled him out of Goodwood.

Europe’s leading miler is a short price for a repeat win but faces some new rivals as the three-year-old’s join the party. With a 7lbs weight for age allowance it levels things up and Poetic Flare looks his biggest danger. If Palace Pier is back to his best, he should be hard to beat though.

Speaking of top-quality racing, York’s Ebor meeting gets under way on Wednesday, and I’ll be back before then to give you my thoughts on one of my favourite meetings.

Cheering on Currie and Johnston again after Shergar success 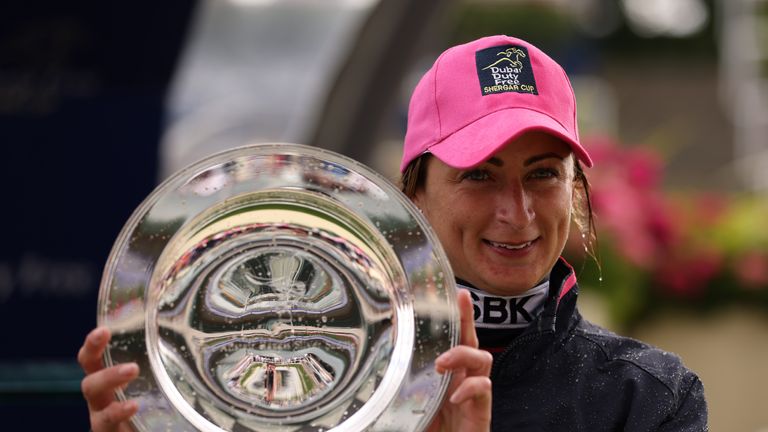 Last week we were talking teams and that theme is still relevant. It was fascinating to listen to Hayley Turner when she said that before last Saturday’s Shergar Cup that being drawn at random to ride the horses was an opportunity to ride for new trainers. She said that when the jockeys were allocated to their drawn horses, the trainers were stuck with them!

That process can open a trainer’s eyes to new partnerships and that is something positive I wanted to highlight that has emerged from last week’s meeting at Ascot.

Nicola Currie was drawn to ride State of Bliss for Mark Johnston, someone she had never ridden for in the past, and she gave the horse a power packed ride to win on her debut for the stable. The Scottish pair have struck up a rapport and I’m thrilled to see Currie riding for Johnston at Bath on Saturday.

Currie is enjoying a resurgence this season after her rides dried up a touch last year and she is grasping the opportunities that come her way. She’s been a guest on a couple of our Racing League shows on Sky Sports Racing and she speaks really well, and I can see she’d be a great asset to any yard.

So, keep an eye out for Overwrite in the 7.30pm at Bath Saturday evening and see if she can maintain her 100 per cent record for the powerful Yorkshire based trainer.