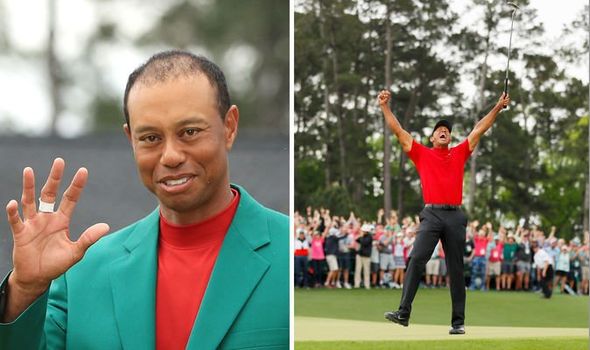 Woods took his fifth green jacket at Augusta on Sunday after an incredible final round, ending up 13 under par and one shot ahead of Dustin Johnson, Brooks Koepka and Xander Schauffele.

The golfing legend birdied six holes on his final round and finished with a round of 70, meaning he tied the tournament aggregate record score.

The 43-year-old has recovered from multiple back injuries, and has had to fight his way back from the bottom of the rankings, and will now be sixth in the world come Monday.

And after he took his 15th major tournament win, he took to Twitter to emphasise how much the latest victory means to him.

“I can’t thank my family, friends and fans enough for their support. Having my family by my side today is something I will never forget,” he posted.

“To not only be able to play again, but to be able to win again, is something I will forever be grateful for. This jacket sure is comfortable.”

The star explained that he peaked at the perfect time at Augusta, and referenced his inability to hold onto leads at past tournaments.

Woods had been fancied ahead of The Open last year, and an impressive third round looked to have set him in good stead, but a poor final round meant he slipped to finish tied sixth. 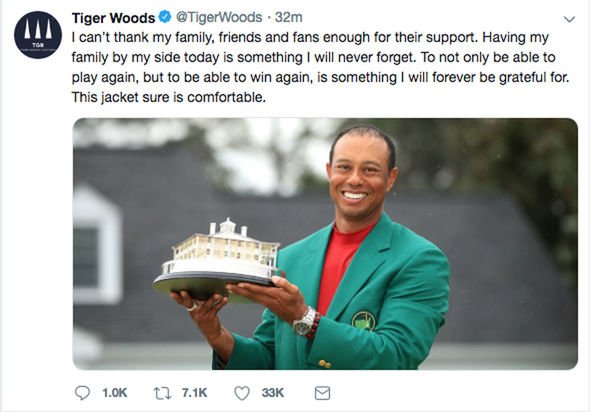 And speaking after The Masters win, Woods referenced The Open as a turning point for him.

“That win at East Lake was a big confidence‑booster for me because I had come close last year a couple times, but still had to get it across the finish line, and I didn’t quite do it,” he told Sky Sports.

“I didn’t do it at Tampa, I didn’t do it at The Open Championship, I was a little better at the PGA, but still I didn’t win. So East Lake was a big step for me, confirming that I could still win out here and against the best players.

“The Tour Championship is obviously the hottest 30 guys for the year, so to be able to do that against Rory and Rosey there gave me a lot of confidence going into this year. I said, ‘you know, just keep building on it and let’s try to get the mind and body peaking towards Augusta’. 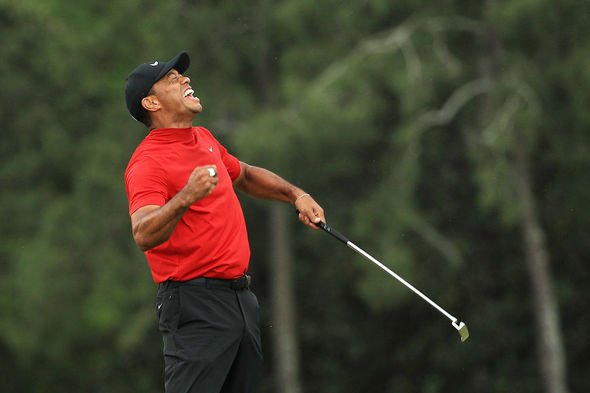 “So my last three major championships have been pretty good, so that in itself gives me a lot of confidence going down the road, and I had a pretty good feeling going into this week that I was going to be able to contend in this event.

“My short game’s been there. I know that I made a few mistakes the last couple tournaments, but it just felt like it was there. My hands were good.

“And I just kept telling myself to miss the ball in the correct spots, and I did, time and time again. I was very disciplined in what I was doing out there.

“Even when guys were shooting 64 on Saturday, I was just kind of going around, just handling my business, work your way up the board and make sure that I keep myself in the event.”