Shane Lowry admits his US Open slip up could be key

‘It’s no secret that it took me a while to get over’: Shane Lowry admits his US Open slip up could be key to winning the HSBC Championship

The last time Shane Lowry led a tournament going into the final round was the 2016 US Open at Oakmont, where his dream of a first major win died amidst a flurry of costly mistakes.

It seemed appropriate, therefore, that a local band playing on-site kicked off their post-round set with the old Bee Gees hit ‘Stayin’ Alive,’ as the personable Irishman discussed his chances of doing just that at the Abu Dhabi HSBC Championship on Friday.

The 31 year old from Offaly has certainly been mightily impressive to this point, compiling an extraordinary statistic on his way to a three-shot lead over gifted South African Richard Sterne, with Englishman Ian Poulter lurking dangerously in third place. 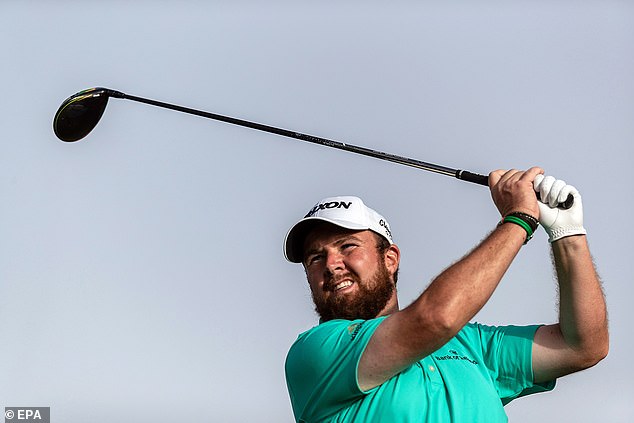 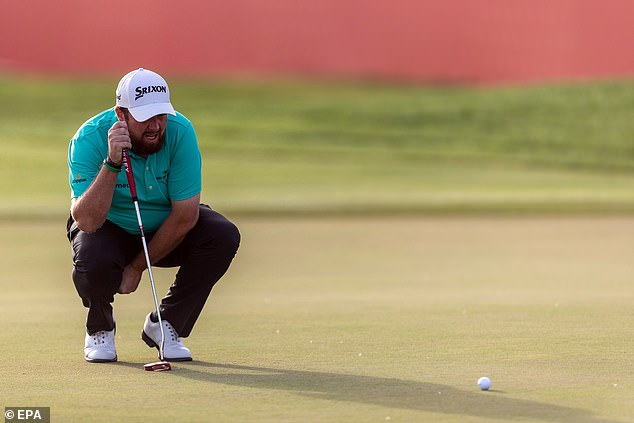 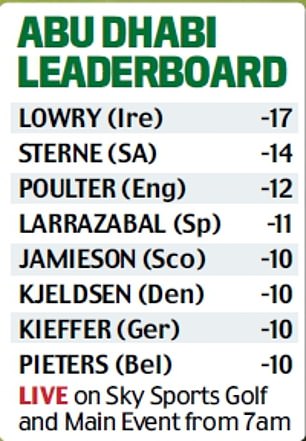 The four par threes are hardly easy holes but over the first three days Lowry, would you believe, has mustered nine birdies from his 12 attempts. ‘I don’t know how many strokes I’ve gained on the field on those holes but I would guess it would be quite a few,’ he said. ‘I started laughing when I birdied the last of them today, it’s amazing to have played those nine holes in just 18 shots.’

Lowry freely admits that one of the reasons why his career has not kicked on in recent years is because he has been too hard on himself – and that was certainly the case following that fateful US Open, where he coughed up a four shot lead.

‘It’s no secret that it took me a while to get over that but it’s a long time ago now, and what I took from that day that will hopefully help me here is to stay aggressive, keep playing my shots and try to make birdies,’ he said.

‘It also helps that the family are here, and my two year old will ensure that I’m not spending the evening or tomorrow morning thinking about the position I’m in, or what it would mean to win. She’s full of the joys of life, always running around, and couldn’t care less about how I’m scoring.’ 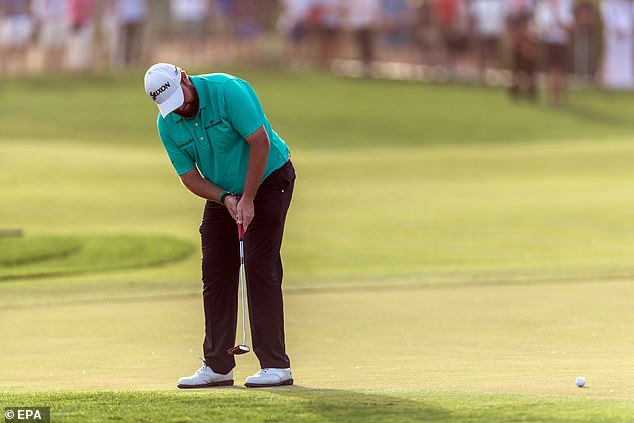 When he stepped on to the 18th tee, Poulter found himself a distant seven shots off the pace after a frustrating round to that point – but a brilliant three wood approach to set up an eagle three turned a glimmer of a chance of winning into something more plausible.

‘It’s amazing what Shane has done on the par threes but if I can get on a run in the final round I’ll give myself a chance of catching him’ said Poulter, who shot 69 to be five back.

Lee Westwood’s hopes of victory nosedived after a 73 while Tommy Fleetwood could only muster a 72 to end any hope of winning this event for a third year in a row.