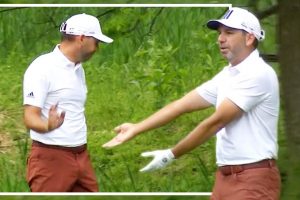 Sergio Garcia was heard shouting ‘I can’t wait to leave’ the PGA Tour, during the opening round of the Wells Fargo Championship on Thursday, as rumours over the field for the opening Saudi-backed golf series continue to grow. Garcia let out a tempered rant with an official following a contentious ruling during his first round.

The 2017 Masters champion found himself in trouble on the par-five 10th, when finding the long, thick Maryland grass. When the Spaniard headed over to find his ball, he was immediately put on the clock by a course official. Garcia however believed he was put on the clock too quickly before being in a position to begin his search, and he no doubt let his frustrations known.

As he lunged his way through the long grass, Garcia let out a furious rant to the official – and the Tour – as he was heard crying: “I can’t wait to leave this tour… I can’t wait to get out of here my friend… A couple more weeks and then I don’t have to deal with you anymore.”

Whilst his choice of words were potentially out of place, it seems the 2017 Masters champion’s frustrations were justified after the Tour later revealed that the official had made a mistake. Despite the incorrect penalty, Garcia’s score was not altered and the Spaniard heads into day two four off the pace at three-under-par.

The Spaniard’s controversial comments come just a month before the contentious LIV Golf Invitational Series (known to many as the Saudi Golf League) kicks off at Centurion Club in London. It has been no secret that the Spaniard has shown his interest in competing, after following in the footsteps of Phil Mickelson in applying for release to play in the series’ inaugural event in June.

Participation in the Saudi-backed league has been a contentious topic in recent months, with players reportedly being warned that they face bans from the DP World Tour, PGA Tour and Ryder Cup if they joined the series run by former world No.1 Greg Norman. As well as Mickelson and Garcia, another Ryder Cup stalwart that has confirmed his interest in the series is Lee Westwood.

At this week’s British Masters, Westwood defended his decision – and the series itself – after outlining golf is not the first sport to accept Saudi Arabian influence. He told Sky Sports: “We’ve played European Tour in Saudi Arabia and I’ve had releases from the PGA Tour to say I can play in Saudi Arabia, so it has been no problem to them in previous years. Formula One raced there. Newcastle United are owned partly by people from Saudi Arabia.

“There has been boxing there and I think there has been snooker and darts there as well. Golf’s not the first sport to have links with Saudi Arabia, but it seems to be coming under more scrutiny than anyone else. Whether you think that’s right or not is the individual’s opinion.” 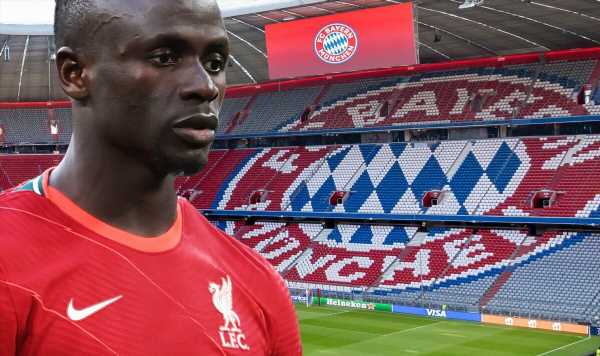