Ryder Cup 2020: Will Team Europe retain the trophy in Wisconsin? 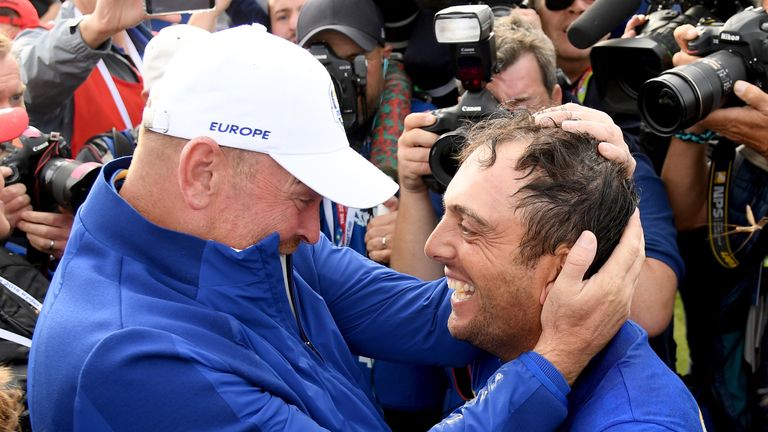 It’s exactly a year to go until Team Europe go head to head with Team USA once again at the Ryder Cup, but which team will win the 2020 contest at Whistling Straits?

Wednesday marks exactly 12 months to go until the latest edition of the biennial contest, where Europe will look to retain the trophy after their emphatic 17.5-10.5 victory at Le Golf National in 2018.

Padraig Harrington will captain the European side in Wisconsin, having been a vice-captain three times and featured in four winning Ryder Cup teams during his six appearances as a player.

Europe’s last win on away soil came via the ‘Miracle of Medinah’ in 2012, where they overturned a four-point deficit on the final day, with the visitors bidding to lift the trophy in America for only the fifth time in history.

Steve Stricker has been given the task of trying to stop a second successive defeat for Team USA, having already skippered the American team to victory in the most recent Presidents Cup. Sky Sports will once again have full live coverage of the 2020 contest, with all three days live on Sky Sports and a whole host of Ryder Cup programming available on our dedicated channel.