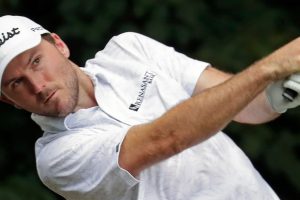 Russell Henley takes a three-shot lead into the final round of the Wyndham Championship, as Justin Rose kept his hopes alive of booking a last-minute invite to the FedExCup Playoffs.

Henley, without a PGA Tour title since his Houston Open success in 2017, posted a one-under 69 at Sedgefield Country Club to move to 15 under and maintain a commanding advantage over the chasing pack.

The world No 56 started four ahead but briefly saw his advantage cut to one when he cancelled out a two-putt birdie at the fifth with a bogey at the 11th, with Henley then nailing a 35-foot eagle at the 15th but three-putting for bogey at the par-four last.

Russell Henley eagles 15 to get his lead back to 4 @WyndhamChamp . pic.twitter.com/Il3SU62TQW

Henley’s closest challenge comes from Tyler McCumber, who moved into second after a third-round 66, while Branden Grace and Roger Sloan are both in the group tied-third after carding the lowest rounds of the day with matching 64s.

Olympic silver medallist Rory Sabbatini, Kevin Kisner, Kevin Na and Scott Piercy complete the strong contingent on 11 under, while Rose is five behind as he looks to continue his perfect record of qualifying for every edition of the FedExCup Playoffs. 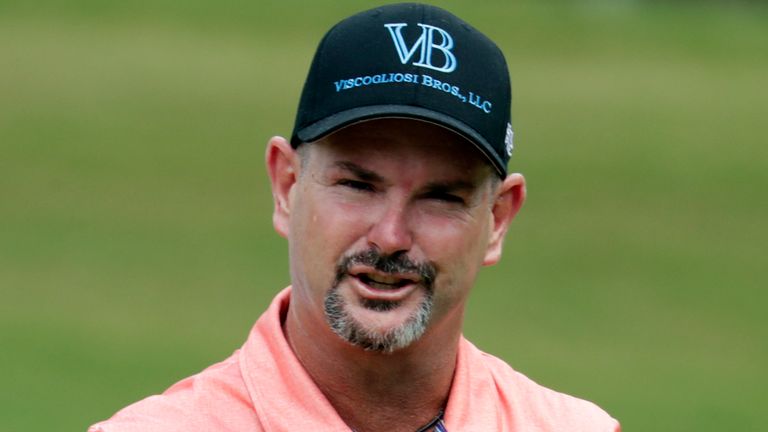 Rose, needing a top-10 finish this week to have a chance of moving into the top-125 in the FedExCup standings and secure a spot at next week’s Northern Trust, is in the group tied-ninth after a one-under 69.

The 2018 FedExCup champion took advantage of the par-five fifth and made back-to-back gains around the turn, only to follow a bogey at the 11th with a three-putt and another dropped shot at the next. Rose rolled in a 12-footer at the 12th but missed an eight-footer to save at the last, dropping him back to 10 under for the tournament, with the Englishman joined five off the pace by the likes of Webb Simpson and former world No 1 Adam Scott.

England’s Ben Taylor is in the group tied-15th that includes Will Zalatoris and Sungjae Im, while Tommy Fleetwood’s hopes of extending his season were all-but ended when a two-over 72 dropped him into a share of 51st.

The threat of thunderstorms has seen the tee times brought forward for the final day, with players going out in threeballs and off split tees to try and get the tournament completed on Sunday.

Who will win the Wyndham Championship? Watch the final round live on Sunday from 1.30pm via the red button and from 5pm on Sky Sports Golf.