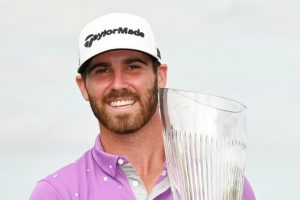 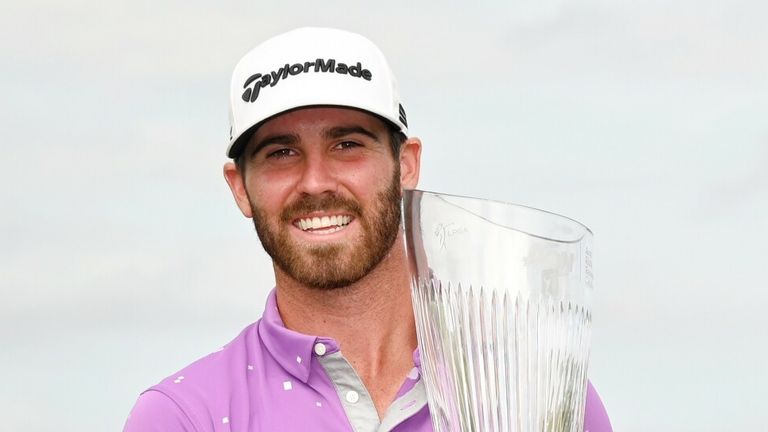 Matthew Wolff became the latest winner of the Aon Risk Reward Challenge and scooped the $1m prize at the Wyndham Championship.

The 22-year-old suffered an early exit at Sedgefield Country Club after rounds of 69 and 70, as Kevin Kisner came through a six-man play-off to snatch a dramatic victory, although Wolff still had reason to celebrate during the final event of the PGA Tour’s regular season.

Wolff came into the week top of the Aon Risk Reward Challenge standings, a season-long competition that highlights better decisions on the most strategically challenging holes on the PGA Tour and LPGA Tour. The challenge takes the best two scores from every participating player on a designated hole each week. Last week’s tournament was the last counting towards the Aon Trophy and focused on Sedgefield Country Club’s par-five 15th, where Wolff started on -1.105 and ahead of closest challengers Cameron Smith and Louis Oosthuizen.

Wolff needed his best two scores on the hole to equal one over or better to guarantee top spot, with the American making par on the opening day and a birdie on the second to secure the top prize. 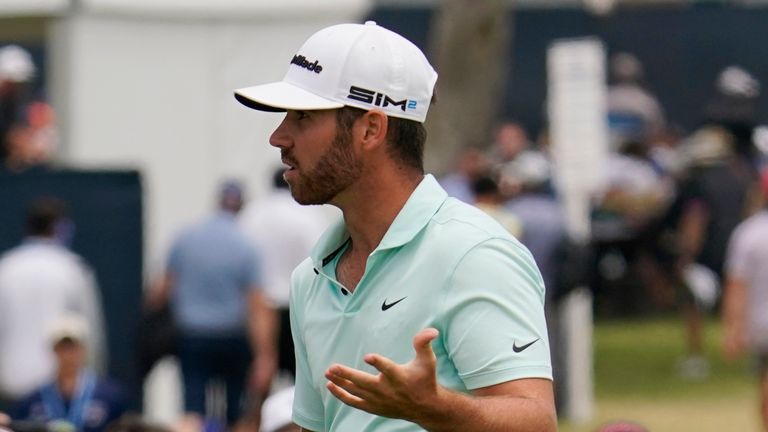 “Yeah, it means a lot,” Wolff said. “I think, you know, obviously there’s a lot of money to be made out on Tour, but I’m new out here and every little bit helps.

“Aon puts on a great contest, year-long contest. Just happy that I got it done. I knew about it kind of the last couple months, so on the Aon holes I was a little more nervous than I usually am, but played them pretty well and just came out on top.”

Smith, not in the field, could have snatched first place had Wolff posted +2 or worse on the designated hole, while Oosthuizen – who withdrew due to a neck injury – would have needed two eagles during the week to have any chance of moving alongside Wolff.

“If I’m going to win the Challenge, I want to win it because I play the best golf, not because someone gives it to me,” Wolff added. “I feel like I did that, and on those holes I happened to play them really well.” Wolff, one of the bright young stars on the PGA Tour known for his unique swing, was able to take advantage of his length off the tee, where he went for the green 55 per cent on the Aon Risk Reward Challenge par-fives and had a staggering 45 per cent success rate.

In addition, he gained over a third of a stroke on the field on par-fours, highlighted by his performance on the short par-fours at the Shriners Hospitals for Children Open and Travelers Championship, where his top two scores were birdie and eagle.

Brooks Koepka won the inaugural Aon Risk Reward Challenge during the 2018/2019 season, while Canada’s Nick Taylor topped the standings the following campaign. The competition also takes place on the LPGA Tour, with their winner crowned at the CME Group Tour Championship in November.

The 2021/22 Aon Risk Reward Challenge when the 2021/22 PGA Tour season kicks-off in September at the Fortinet Championship and will run through the 2022 Wyndham Championship.