Brooks Koepka wished Europe “good luck with the fans” in the 2024 Ryder Cup after retaining the PGA Championship title at Bethpage Black on Sunday.

The testing course in New York state will host the 45th edition of the Ryder Cup in 2024 with the United States and Europe locking horns at the public layout.

The raucous and partisan nature of the New York crowd is sure to be a key factor in five years time and there were lots of loud cheers, jeers and one-liners during the PGA Championship. 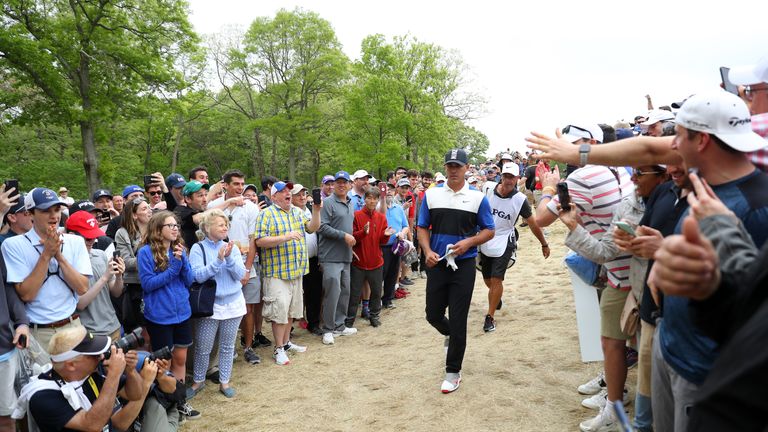 The fans’ behaviour also came to the fore during the closing stages of the tournament when they favoured Dustin Johnson as he attempted to chase down Koepka on the back nine.

But Koepka insisted the boisterous spectators had actually spurred him on to victory and he described Bethpage Black as “one hell of a place to play Ryder Cup” after wrapping up his fourth major success.

“I’ve been to sporting events in New York. I know how it goes,” said Koepka.

“Good luck to Europe with the fans. I can’t wait to play [the Ryder Cup]. I hope I’m on the team. If not, I just want to be here.

Rory McIlroy offered a “no comment” after completing his final round when asked what he thought the crowd would be like in 2024, but Matt Wallace offered a European perspective after finishing joint-third.

Wallace, who was runner-up at the British Masters the previous week, said: “The British fans were amazing last week. And then obviously the American fans here are rooting for their own. But that was crazy out there today. There were so many cheers and roars going on that you kind of knew what was happening. DJ is making a run at it.” Fellow Englishman Paul Casey said: “I can’t imagine what a Ryder Cup will be like around here. I think it would be intimidating, no doubt. It’s like a 13th man for the US Team, big advantage.”

Despite that apparent advantage, American Rickie Fowler believes Europe will have the mental strength to cope with the home crowd.

“I don’t see them coming in afraid,” he said. “They know what they are going to face here with the crowds. They have all the momentum and confidence going in, but we have a little bit of time ahead of us to see if we can change that.”

Meanwhile, Tony Finau and Johnson will both relish the home support if they make the USA team in 2024.