Home » Golf » How Tiger Woods won the Masters: Highlights from his winning round

How Tiger Woods won the Masters: Highlights from his winning round 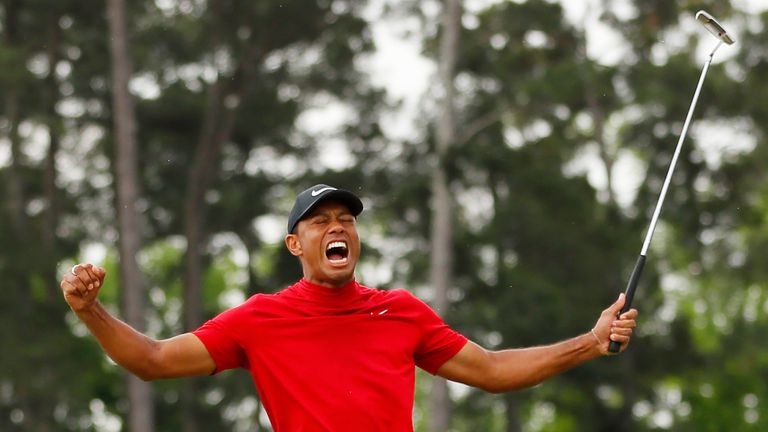 Tiger Woods overturned a final-round deficit to win a major for the first time in his career during a special final round of the Masters.

Woods began the day two shots off the pace and briefly trailed Francesco Molinari by three strokes early in the round, only to recover and card a two-under 70 to claim a one-shot victory.

The 43-year-old rolled in an eight-footer at the third and recovered from back-to-back birdies from the fourth to make a tap-in birdie at the seventh and pick up a shot at the par-five next. Woods missed the 10th green on his way to beginning the back nine with a bogey, although found himself in a share of the advantage when Molinari found water off the 12th tee and double-bogeyed.

The former world No 1 moved ahead with two-putt birdies at the 13th and 15th and gave himself a two-shot cushion after almost holing his tee shot at the par-three 16th.