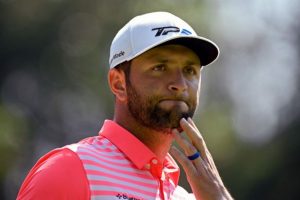 MADRID (REUTERS) – Spanish world number three Jon Rahm, who was forced to withdraw from his last start with a sizeable lead because of a positive Covid-19 test, said on Saturday (June 12) he has been cleared to play in next week’s US Open at Torrey Pines.

Rahm was running away with last week’s Memorial Tournament – leading by six shots after 54 holes – before being forced to withdraw, and his status for the year’s third major was in doubt as he was supposed to remain in isolation through Tuesday.

“After two negative test in a 24 hour span and being cleared by health officials, it’s time to get ready for the US Open. Vamos!!” Rahm wrote on his Twitter account.

Rahm, in search of his first career major, is considered a pre-tournament favourite and will be in comfortable surroundings on the South Course at Torrey Pines as he has four top-10 finishes in five events played there.

The Spaniard has five victories on the PGA Tour, his first coming at the 2017 Farmers Insurance Open that was played at Torrey Pines.

In the year’s first two majors, Rahm finished in a share of fifth at the Masters in April and then earned a share of eighth place at last month’s PGA Championship.