Home » Golf: A rookie wins the Ana Inspiration ahead of a fast-closing challenger

Golf: A rookie wins the Ana Inspiration ahead of a fast-closing challenger 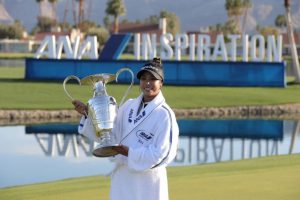 RANCHO MIRAGE, California (NYT) – Generation Next was in full flower over the weekend. Not at the former nursery in Georgia where youngsters and the top female amateurs convened for separate events at the invitation of the Augusta National Golf Club members who run the Masters Tournament, but across the country where a 21-year-old rookie, Patty Tavatanakit, won the ANA Inspiration on Sunday (April 5).

The 50th edition of the ANA Inspiration, the first of the five women’s golf majors of the year, will be remembered for Patty’s mastery of the course at Mission Hills Country Club and of the moment.

She led from start to finish to become the first rookie winner since Juli Inkster in 1984 and the first champion from Thailand in tournament history. She closed with a 3-under 68 – her fourth consecutive sub-70 round – for a cumulative score of 18-under 270 to hold off a fast-closing Lydia Ko by two strokes. Ko’s 10-under 62 on Sunday was one of the most memorable final rounds in men’s or women’s major history.

With no fans on the course because of coronavirus restrictions, there were no roars to make Patty aware of what was happening in front of her. And she said she never once glanced at a leader board. “I didn’t feel the need to,” she said, adding, “I just wanted to play like it was another round of golf.”

Patty, who averaged more than 300 yards off the tee for the week, began the day with a five-stroke lead over the field and an eight-stroke advantage over Ko. For all the talk about Patty’s length, her touch on and around the greens proved clutch.

She chipped in for an eagle at the par-5 second, nearly chipped in two other times on the back nine and made an 8-foot putt to save par at No. 15 to keep Ko, the 2016 ANA Inspiration champion, at a club’s length.

Playing two groups ahead of Patty, Ko, 23, of New Zealand, applied more heat than a desert sun with a front-nine 7-under 29, a tournament record. She was 9-under through 11, and climbed within two shots of the lead, but Patty did not wilt. Under the most intense pressure, she produced her second bogey-free round of the week.

“I felt like I gave myself a good run at it,” said Ko, whose last LPGA victory was in 2018, “but maybe Patty was just a bit too far away.” Roughly 90 minutes before Patty teed off, Cristie Kerr put the finishing touches on a 7-under 65, her lowest round in 23 starts in the tournament. As Kerr signed her card in the scoring tent, she glanced up at a television tuned to Golf Channel, which was showing a replay of the Drive, Chip and Putt contest that had taken place earlier in the day at Augusta National.

Plastered on the glassed back wall, in direct view of the players as they reviewed their score cards, were posters with sayings from former champions, including the three-time winner Amy Alcott, who said, “This tournament really got women’s sports on the move.” The 43-year-old Kerr, who counts two major championships among her 20 tour titles, made her debut in this event as an amateur in 1996. Seventeen strokes off the pace at the day’s start, Kerr started in the fourth group in the morning and plotted her way around the course unburdened by expectations.

“All day I just kind of played with no fear,” Kerr said. “I’m thinking to myself, ‘Why doesn’t that happen every day?'” The boldness of which Kerr spoke is Patty’s default mentality. Before sleeping on her first 54-hole lead in an LPGA Tour event, she said her mindset Sunday would be, “Keep on the pedal.” In 2019, in her second ANA Inspiration appearance, Patty earned low amateur honors, closing with a 68 to finish tied for 26th. She was a standout sophomore at UCLA at the time, but her presence at the event, a launching pad for amateurs long before Michelle Wie tied for ninth in 2003 as a 13-year-old, was not a given.

The inaugural Augusta National Women’s Amateur was being played at the same time. The opportunity it offered to play the final round on one of the world’s most storied courses had to be weighed against the chance to measure one’s game against the world’s most celebrated players.

Patty was one of a handful of eligible players who chose to bypass the amateur event to compete at Mission Hills. The decision, she said, questioned by many at the time, set her on a path that ended Sunday with her taking the winner’s traditional dip in Poppie’s Pond, the water hazard surrounding the 18th island green.

Her top 30 showing in 2019, she said, convinced her that she was ready to take a leap of faith. “I kind of had a thought of turning pro, I played well and that just made it more clear,” said Patty, who gave up her collegiate eligibility in May 2019.

By year’s end, Patty had won three times on the LPGA’s developmental tour. Her 2020 rookie season, which has been extended through 2021, featured a top five in February at the Gainbridge LPGA, where she gained valuable experience playing in the last group with the eventual winner, Nelly Korda, but also missed seven cuts.

Patty suggested that her commitment to the ANA Inspiration in 2019 helped her immensely this year. The four rounds at Mission Hills in 2019 gave her enough course knowledge to commit to the aggressive lines she took.

“Looking back, I think coming here and playing here enough to know how the course is, it was really good,” she said.

Patty’s eyes were wet before she jumped into Poppie’s Pond. She became emotional before hitting her last putt, she said, because she was thinking, “Oh, man, I’m actually going to do this.” She had made history and she had done it by grafting off women’s golf’s roots. 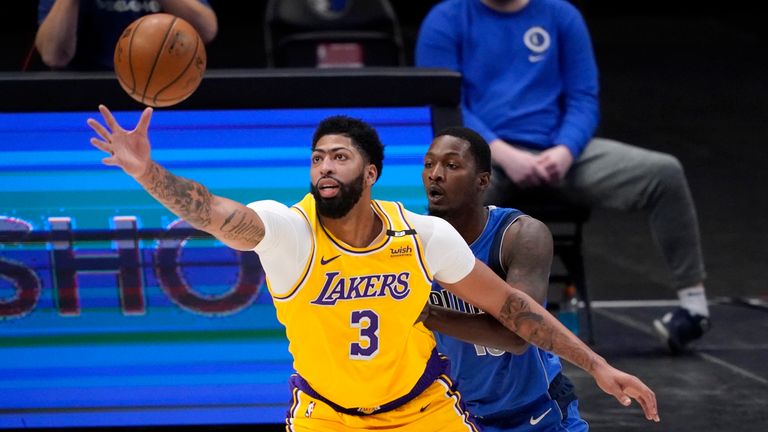