Home » Golf » Garcia wins Andalusia Masters but why were fans unable to watch?

Garcia wins Andalusia Masters but why were fans unable to watch?

Sergio Garcia sealed a hat-trick of Andalusia Masters titles on Monday’s weather-delayed finish at Valderrama – but golf fans were unable to watch him clinch his four-shot victory on Sky Sports.

The broadcaster tweeted early on Monday that viewers would not be able to watch the end of the tournament ‘due to circumstances beyond our control’.

The European Tour production trucks, which are run in conjunction with IMG, left the course on Sunday night to embark on a 3,000 mile journey to next week’s Turkish Airlines Open. 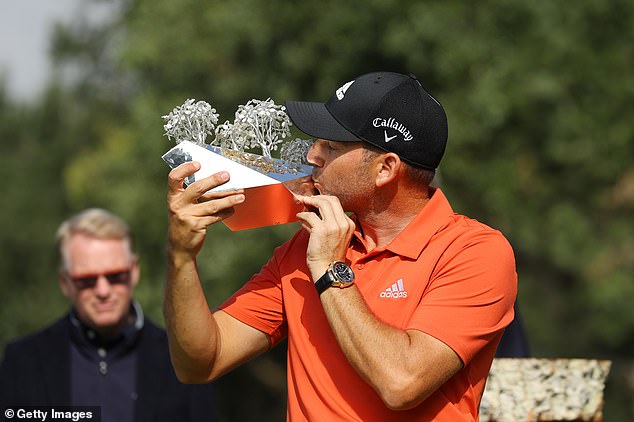 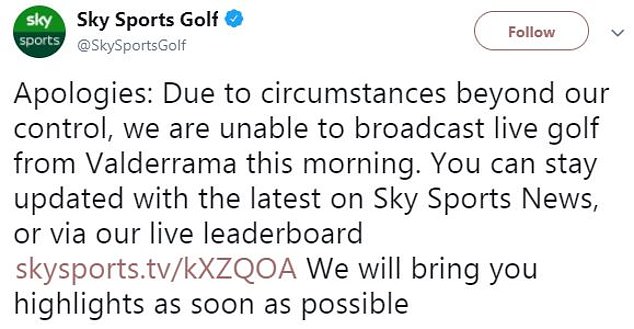 The European Tour and IMG have been approached for comment, with IMG saying nobody is available.

It is believed that while they could have waited for the tournament in Spain to finish, it would have caused greater expense to get the trucks to Turkey in time for the competition that starts on November 1.

It was Sky who were left to bear the brunt of viewers’ frustrations on social media as Garcia, the tournament host, held off a late final round surge from Ireland’s Shane Lowry to win his 15th European Tour title.

‘Apologies, due to circumstances I won’t be able to pay my Sky bill this month,’ wrote one user on Twitter. 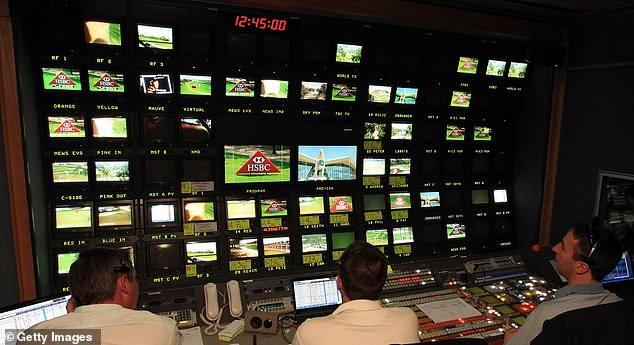 Another said: ‘Very poor from Sky and @EuropeanTour. Garcia and Lowry going head to head and no coverage on tv.’

Stormy conditions in southern Spain shortened the tournament to three rounds and 54 holes before Garcia wrapped up his defence of the title on Monday, having first won the event in 2011.

Stormy conditions curtailed play on Sunday when Garcia had a three shot lead. A further three birdies and a bogey meant the 2017 Masters champion finished four shots ahead of second-place Lowry.