Brian Barnes, who famously beat Jack Nicklaus twice in one day in the Ryder Cup, has died at the age of 74.

Barnes, who won the Senior British Open in 1995 and defended the title the following year, died from cancer on Monday afternoon after a short illness.

His brother-in-law, Guy Faulkner, said: ‘It was very sudden. I played a round of golf with him in May and he played 18 holes with no problem at all.’ 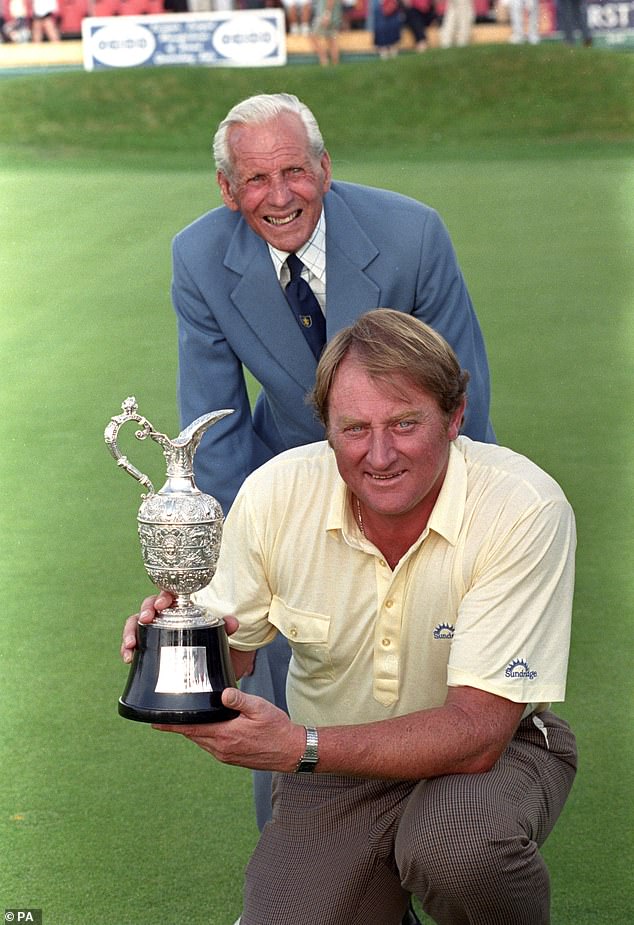 Barnes was born in Addington, Surrey, and represented England at international level until 1971 when he joined the Scottish PGA.

He won nine times on the European Tour but the defining moment of his playing career came in the 1975 Ryder Cup at Laurel Valley when he beat reigning Masters and US PGA champion Jack Nicklaus 4&2 in the morning singles.

‘When we went to the press tent after the morning round everybody acted as if I’d beaten Jesus Christ,’ Barnes recalled in an interview with Today’s Golfer in 2012. ‘He was Jesus Christ as far as golf was concerned, but he was still beatable.

‘The Yanks only needed one or two more points to win and while I was still continuing with the interviews, Jack had gone to Arnold (Palmer, the US captain) and said, ‘Look, there is only one match the punters want to see, and that’s Barnesy and I’. ‘That was the only time in the history of the Ryder Cup that the match order was changed at that late stage. While that was going on, I was asked ‘Would you like the opportunity to play ‘The Bear’ again this afternoon?’. I replied, ‘Well, lightning doesn’t strike the same place twice’.’

Nicklaus started the rematch with two birdies but Barnes fought back to win 2&1, although Great Britain and Ireland were beaten 21-11 and European players were added to the team by the time of the next contest on American soil in 1979.

Barnes was a larger-than-life character who was known to like a drink and famously marked his ball on the final hole of the 1982 Scottish Professional Championship with a beer can, then putted out for the win.

He would regularly tee off with a bottle of vodka and orange juice in his bag and one year – at the Zambia Open – downed three pints in the clubhouse, checked his watch and headed for the door. 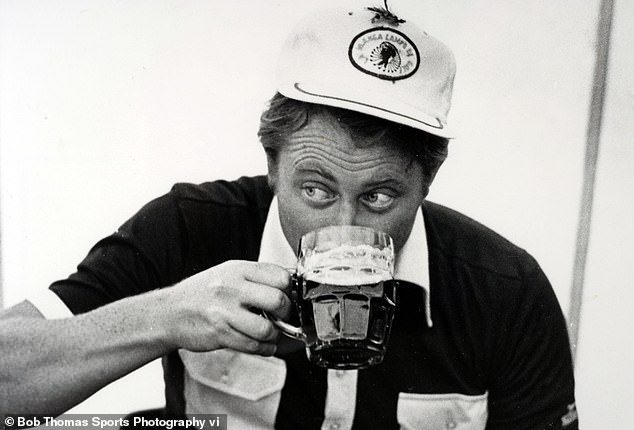 However, the drinking took its toll and Barnes came close to committing suicide before eventually receiving treatment for alcoholism in 1993.

Barnes became eligible for the Seniors Tour in 1995 and won the British Open at Royal Portrush that year, successfully defending the title at the same venue 12 months later.

Portrush played an important part in Barnes’s life as it was at the Northern Irish venue that his father-in-law Max Faulkner had won the Open Championship in 1951.

Barnes married Faulkner’s daughter Hilary in 1968 and they had two children, Didi and Guy. Hilary died on July 16, 2014.