Eddie Pepperell disqualified for RUNNING OUT OF GOLF BALLS

English golfer Eddie Pepperell suffered an embarrassing exit at the Turkish Airlines Open on Saturday, as he was disqualified for failing to complete the fourth hole as he ran out of golf balls!

On a day when compatriot Tyrrell Hatton carded a third round 65, taking him to joint second-place three shots behind leader Matthias Schwab, Peppperell crumbled in Antalya on his 13th hole of the day.

Pepperell was two over par for the round after dropping shots on the second and third and then hit his approach to the next into the water guarding the green. 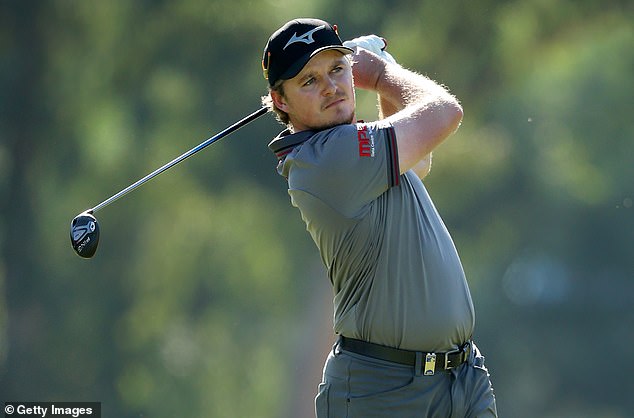 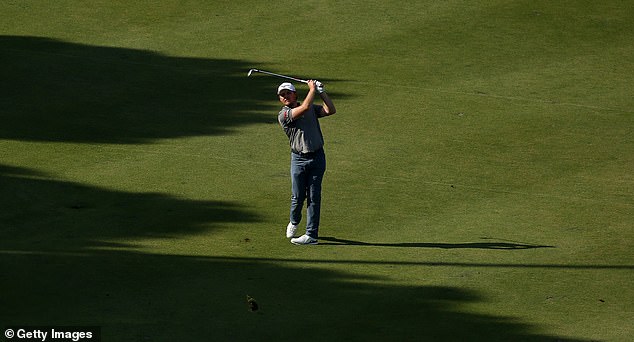 The Englishman ran out of golf balls on hole four, in a scene reminiscent of the film ‘Tin Cup’

In a scene reminiscent of the film ‘Tin Cup’, Pepperell had several more attempts – even his caddie could not say for certain whether it was four or five – before informing playing partners Martin Kaymer and George Coetzee that he had run out of balls.

Pepperell is likely to fined by the European Tour for the incident, something Hatton has experience of after acts of petulant on-course behaviour, including smashing a tee marker to pieces at the World Cup in Melbourne in November 2018.

‘There’s times where I can’t help myself, but that’s just me,’ said Hatton. 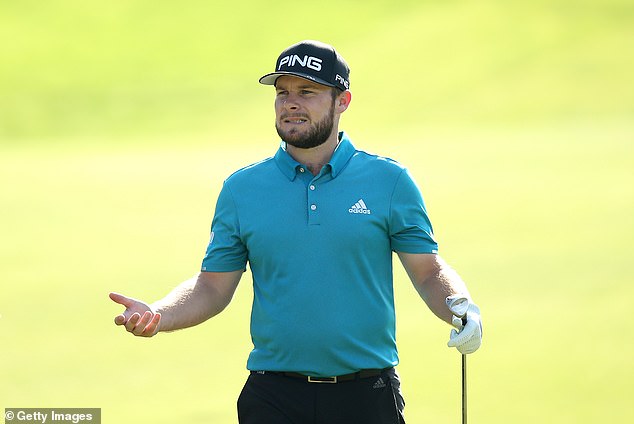 Tyrrell Hatton remains in the hunt for the title at the Turkish Airlines Open in Antalya, Turkey

‘Obviously if I can keep myself as cool as I can be tomorrow then I’ll give myself the best chance possible and that’s all I can ask for.

‘I’ve felt a big performance coming. Normally I’m quite a negative person but, in the last sort of month, I’ve actually felt quite confident. The putting is the one thing I’ve kind of struggled with a little bit.

‘I’ve actually gone back to same shape of putter I used when I won twice back in 2017 and got my first win with the year before. Obviously I do have some good memories with that and hopefully it can provide some magic tomorrow.’