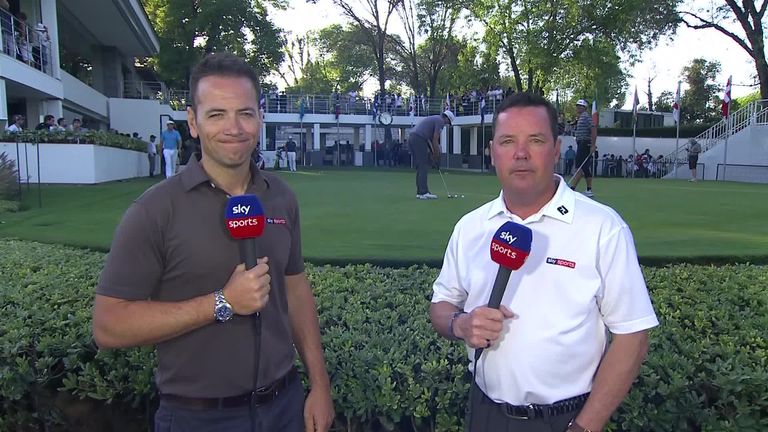 Bryson DeChambeau has issued an apology after his angry, post-round outburst was caught on the Sky Sports cameras on day one at the WGC-Mexico Championship.

DeChambeau had arrived at Club de Golf Chapultepec for the first World Golf Championship event of the year as one of the pre-tournament favourites after a strong start to 2019, highlighted by his victory at the Omega Dubai Desert Classic. 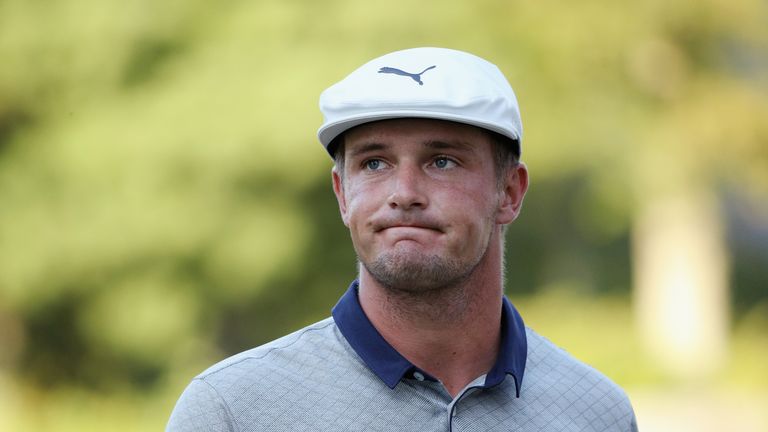 But the 25-year-old American was furious with his first-round performance in Mexico and found the greens a particular struggle as he opened with a four-over 75 and failed to make a single birdie despite giving himself a number of chances.

The world No 5 ended the day 12 shots behind leader Rory McIlroy and headed straight to the practice putting green to work on his short-game, where Nick Dougherty and Rich Beem were reviewing the opening day’s big talking points live on Sky Sports Golf.

Holy cow! What the hell was that??!? C’mon @b_dechambeau, ya gotta do better than that pards.

But as Beem was summarising a superb 63 from McIlroy, the attention was focused in the background as DeChambeau snatched his putter from his caddie and immediately hammered it into the edge of the putting green.

The American was quick to repair the damage with his pitchmark tool, but the incident was soon making a big impact on social media with DeChambeau the subject of a barrage of criticism for his fit of pique.

Bryson DeChambeau was putting over an hour past sunset @WGCMexico. pic.twitter.com/tAS76Kt7c4

DeChambeau, who was also caught on camera lashing out and removing a huge chunk of turf close to a bunker at last week’s Genesis Open, remained on the practice green long after sunset as he looked to regain his rhythm under floodlights.

Tournament officials are believed to be considering handing out a fine for his behaviour, and he tweeted an apology prior to beginning his second round and vowed to work hard to improve his temperament.

He said: “I want to apologise to my fans, fellow players and the staff at Chapultepec for my actions following the round yesterday. I am an extremely passionate player and I am always working on ways to be better.

“I am certainly not perfect but I respect the grounds staff and the game of golf and am focused on working harder on this just like I do on my golf game.”