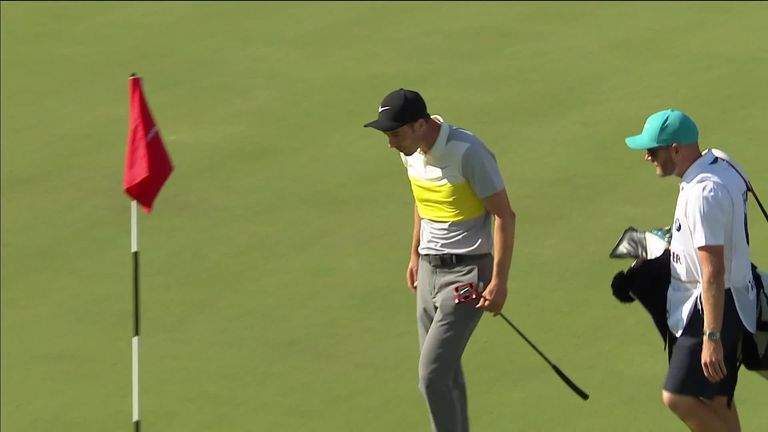 Ross Fisher produced a moment of magic to sign off his third round in style at the BMW PGA Championship.

Fisher had already made significant progress up the Wentworth leaderboard after following four straight birdies around the turn by picking up further shots at the 15th and 17th, only to save his brilliant best for the par-five last.

The Englishman, three under for the day, laced his tee shot to leave himself in the perfect spot up the 18th fairway, before electing to attack the green and try and knock it in two.

Fisher let fly with a four-iron from 218 yards, where he saw his ball clear the hazard and land 15 feet short of the flag before taking a couple of small hops and roll into the cup for an unlikely albatross.

“I was just trying to hit it just a little bit right of the pin, and actually tugged it a little bit left,” he admitted afterwards. “I sort of looked away, and the crowd’s reaction told the rest of the story, the massive roars and cheers. So I know it’s gone in, and to win the BMW i8, that’s still a bit shocking!”