Australia’s Cameron Smith remains in the hunt for a coveted green jacket, sitting in joint-second place heading into the final round of The Masters.

World No. 1 Dustin Johnson took control of the competition on Saturday local time, going four-under through his first four holes in Augusta. He eventually carded a seven-under-par 65 to surge ahead of his rivals.

The American holds a four-shot lead over South Korea’s Sungjae Im, Mexico’s Abraham Ancer and Smith, who are each 12 under par in the tournament.

After managing three consecutive birdies on holes 13, 14, and 15, Smith secured par in the final three holes to keep himself in contention.

“It was a very up and down round, a little bit scrappy,” Smith said.

“But hung there and at the end, it was brilliant.”

Johnson will take the lead into a major’s final round for the third time in his professional career, but the 36-year-old failed to convert both of those prior opportunities.

His only major victory to date was at the 2016 US Open, where he started the final day from behind. 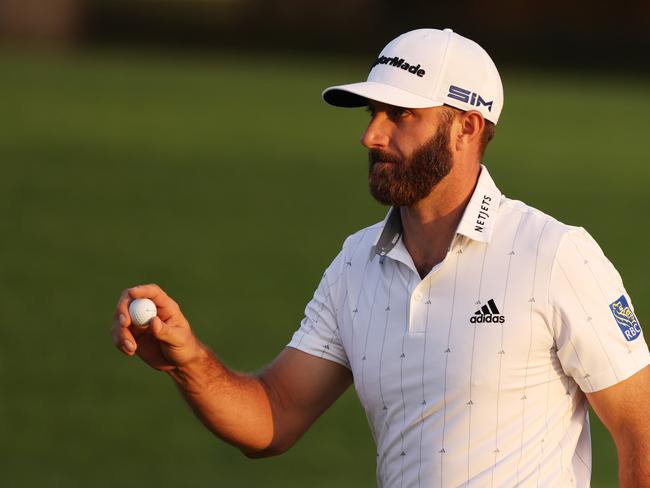 Dustin Johnson of the United States.Source:AFP

“I’ve got a lot of confidence in everything I’m doing,” Johnson said. “Tomorrow I’m going to have to go out and do the same kind of thing.

“I’ve got a lot of great players around me. I’m going to have to play a really good round if I want to put on that green jacket.”