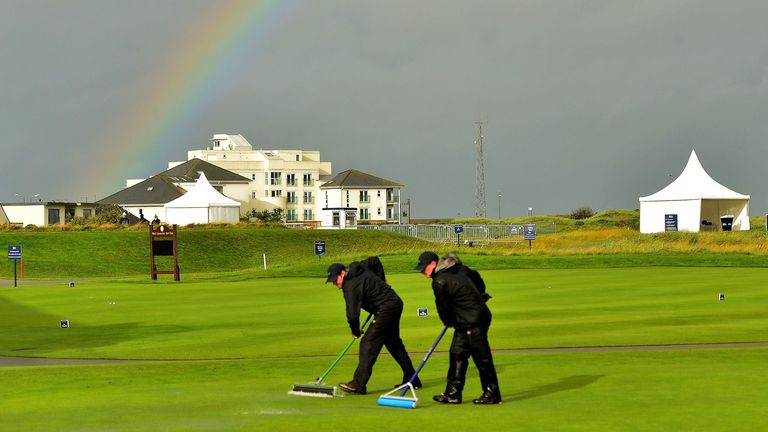 The first round of the men’s and women’s Amateur Championships has been abandoned due to torrential rain in Lancashire.

Play was initially delayed by two hours on the first morning, and officials were forced to call a halt in the afternoon before deciding to suspend play for the day.

Royal Birkdale and West Lancashire, the two venues for the men’s and women’s events respectively, were rendered unplayable by relentless downpours, and all recorded scores will now be chalked off.

Well that didn't go to plan! 🌧@Harping_On recaps on a very short first day at #TheAmateur and #TheWomensAmateur⛳️ Catch up on the latest here 👉 https://t.co/L2wiyFc7fh pic.twitter.com/rqHdPecWME

There will now be just one round of stroke play in each event, with the top 64 players advancing to the match play stage of the competition.