Former North Melbourne coach Rhyce Shaw is back in footy 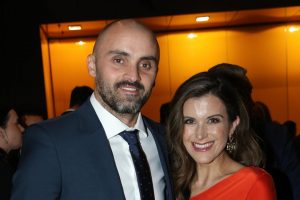 The New Year has brought a new opportunity for Rhyce Shaw. The former Kangaroos coach, who stepped down after last season to deal with personal issues, is joining the Gold Coast Suns.

The Age revealed the AFL’s second-youngest club had been courting Shaw after it became clear he was on top of the mental battles that had forced him to give up a coveted senior coaching role.

He will be the Queensland outfit’s head of development, charged with bringing the best out of a young list filled with emerging players like Matt Rowell, Noah Anderson, Izak Rankine, Ben King, Jack Lukosius, Elijah Hollands, Will Powell and Charlie Ballard.

Shaw, who reconnects with Suns coach Stuart Dew, a former colleague of his in Sydney, appeared to indicate a development role would suit him best when he left North Melbourne.

“Despite the challenges of the past year, my passion for football remains,” Shaw said.

“The experiences I’ve had throughout my career developing young footballers to reach their potential has given me the greatest satisfaction and pride, and I hope to have the opportunity to contribute to this great game again in the future.”

Shaw was brought in to the Kangaroos’ top job in August 2019 but the side had a horror 2020 season, winning just three games to finish ahead of only the Adelaide Crows.

“(The season) has been a disappointment, and it’s not one that I envisaged at the start of the year. It’s been a tough one on everyone,” he said late in the season.

“It’s been tough for my family. My wife Lia has done a fantastic job in supporting our two boys through this time and uplifting their lives to come and support me. It’s been really amazing.”

North announced shortly after the final round the 39-year-old was taking extended leave before it became apparent he wasn’t going to return.

The popular former Sydney Swans player had the backing of the industry to find another role in the game.

“People like Rhyce Shaw don’t grow on trees,” Richmond coach Damien Hardwick said in October. “He’s a special human … we just wish he bounces back very quickly because people like him are great to have in the industry.”