Home » Cycling » Vuelta a Espana 2021: Stage 14 preview, route map, prediction and start time as we return to the mountains

Vuelta a Espana 2021: Stage 14 preview, route map, prediction and start time as we return to the mountains 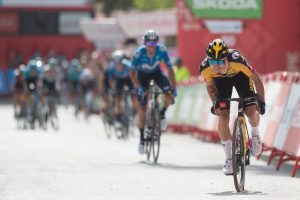 After what was supposed to be an easier week for the peloton, we come storming into the weekend with two tough days in the mountains before the final rest day.

The last week was not the softer week that we may have expected. The GC battle has continued with an imperious Primoz Roglic stamping his authority on the Red Jersey battle. Not content with the lead he held coming into week two, the Slovenian attacked at every chance he got, bringing his lead over Enric Mas (Movistar) to 35 seconds.

On Stage 11 with the horrific final kilometre to Alto Valdepenas de Jaen, which hit a 25 per cent gradient, and saw final breakaway man, Magnus Cort (EF–Education Nippo), zigzagging his way up, trying to relieve the steepness of the “wall”, Roglic took his second stage win of this Vuelta. Mas and Roglic looked in a class of their own dancing on the pedals ahead of the bunch before Roglic finally put the hammer down, climbing on the drops like Marco Pantani, and beating Mas to the line and taking his beloved, and crucial, bonus seconds.

But Roglic has also shown he isn’t infallible with two crashes, one on Stage 10 and another on Stage 12, both of which he walked away from, losing no time at all. In fact, he managed to gain time on the likes of Ineos Grenadiers duo Adam Yates and Egan Bernal, whose campaigns for the overall victory have faded, sitting minutes behind Roglic. Yates still seems the stronger of the pair but has failed so far to mount a sustained attack against Roglic.

On stage 14 we’ll head out from Don Benito and 165.7km later, and after less than 3500m of climbing, we’ll finish on the summit of Pico Villuercas. There are three categorised climbs including two first categorised climbs in the last 70km with an intermediate sprint in between. It won’t be the toughest summit finish of the race, those will come in the third week, but the way the last week has gone, expect some further GC gaps on the final 14.5km climb to the finish line.

The question is, what can the likes of Mas, Miguel Angel Lopez (Movistar), Jack Haig (Bahrain Victorious) and Yates do to stop Roglic? At the moment, it seems like they just have to hope he loses his form in the third week and in the meantime try expose any possible weakness he might have high in the mountains. They’re going to need to attack. 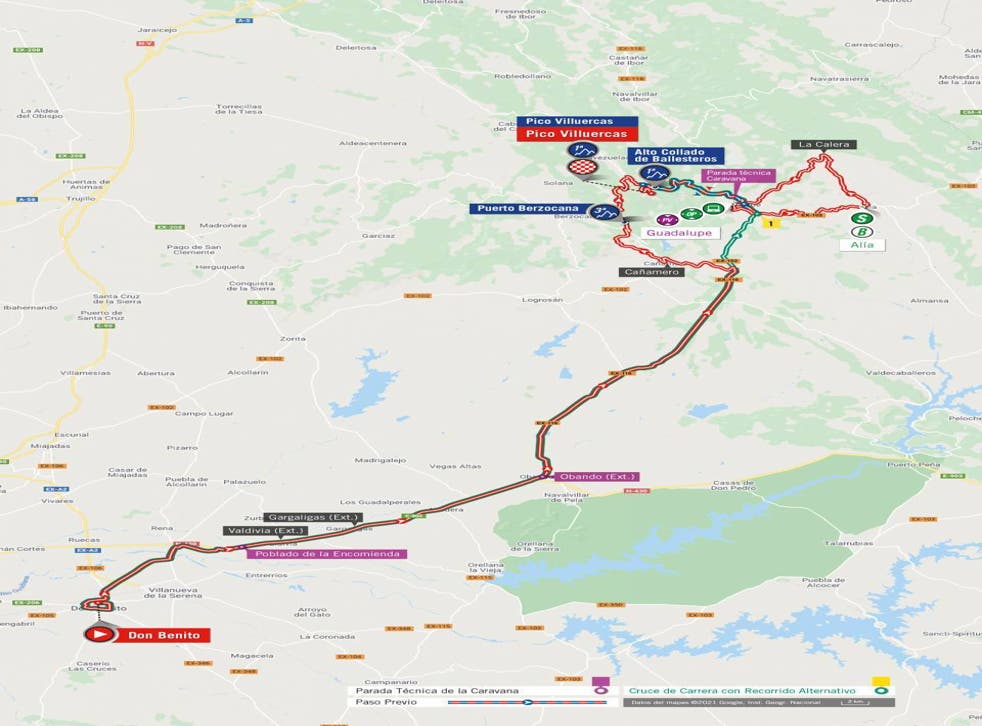 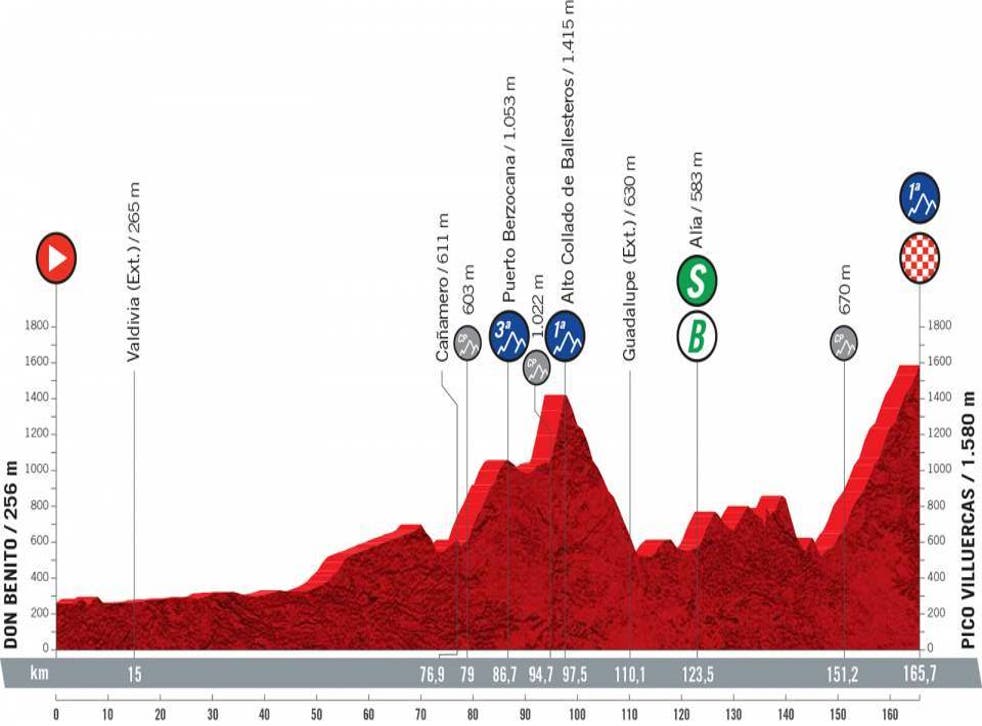 Movistar duo Enric Mas and Miguel Angel Lopez have to do something to show they have a chance of mounting a challenge for the Red Jersey. Mas has been in particularly good form and so far looks the only rider able to equal Roglic. Pushing Roglic hard in the next week of mountainous stages, starting on Saturday’s Stage 14, will be his only chance at Red as he is unlikely to beat Roglic on the final stage time trial in Santiago de Compostela. Primoz Roglic, riding as he has so far must, however, be the favourite to win the stage. Adam Yates will be interesting to watch. He hasn’t cracked yet, and still has a strong team around him. Sitting further back on the GC might allow him some freedom to get away and seek a stage win and perhaps move closer to the podium. Ineos Grendasiers will be looking for something to take away from this race.

If a breakaway makes it, then keep an eye on Michael Storer (DSM), perhaps one of the most impressive riders of the Vuelta so far. The 24-year-old Australian could be riding his form and confidence to a third stage win.

The stage is set to begin at 11:50am BST and is expected to conclude at around 4:30pm BST. 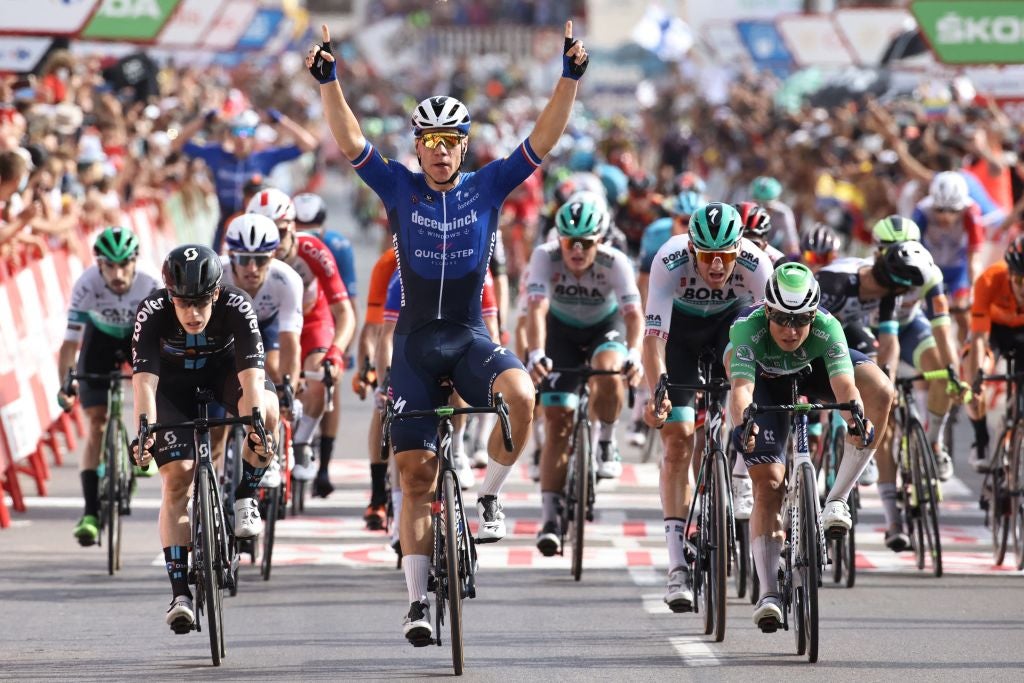 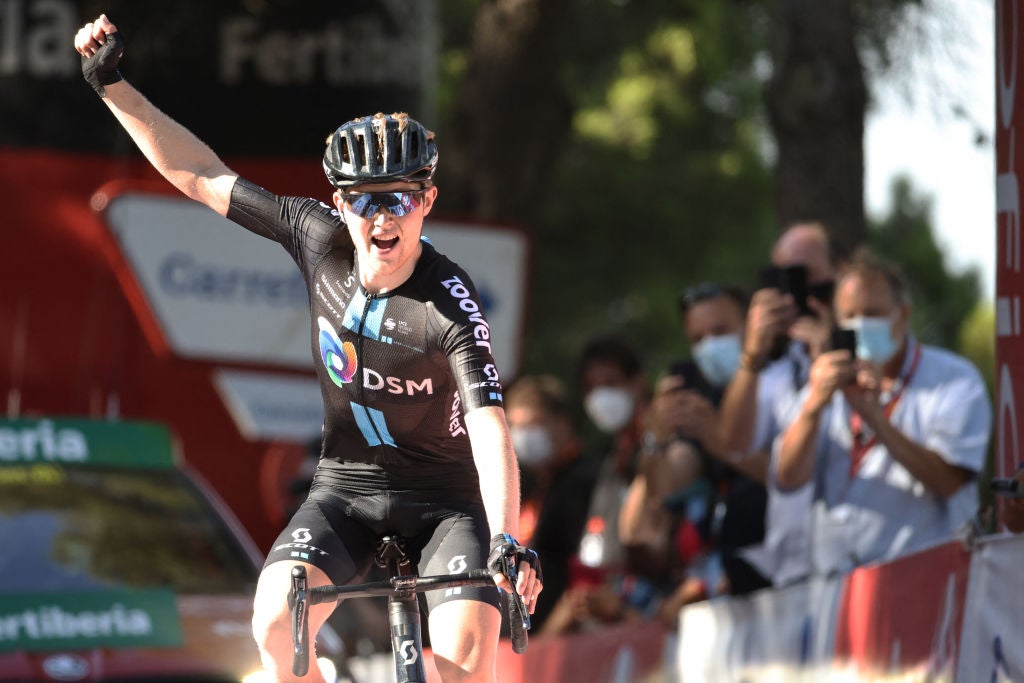 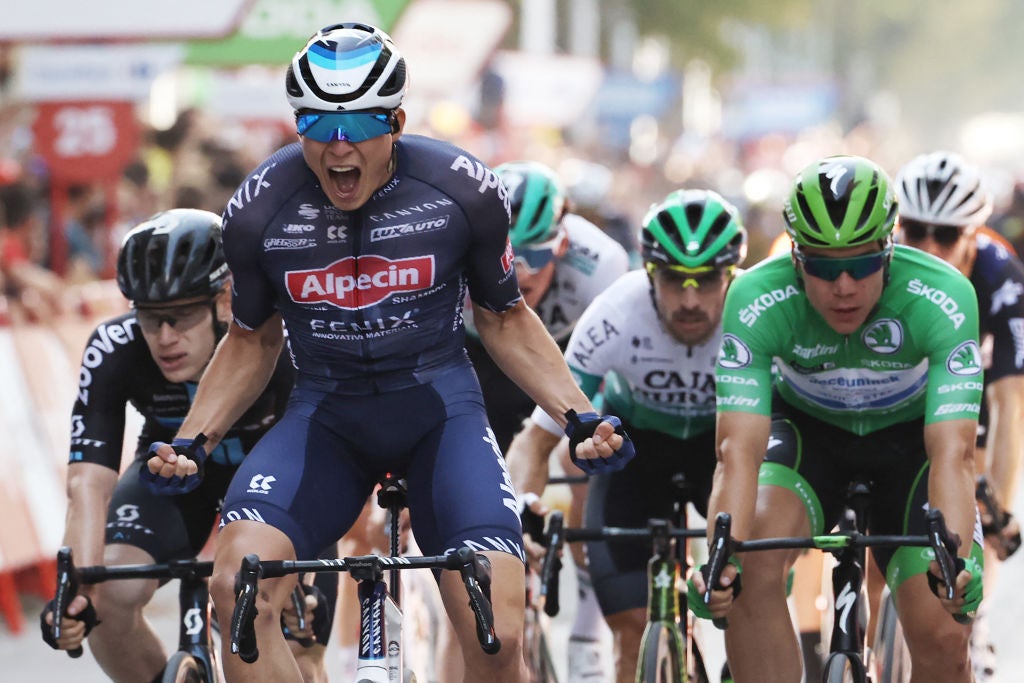 How to watch on TV