Home » Boxing » Wilder vs Fury 2: Can Tyson Fury back up threat to KO Deontay Wilder, or is he making a mistake?

Wilder vs Fury 2: Can Tyson Fury back up threat to KO Deontay Wilder, or is he making a mistake? The problem with fighting fire with fire is that it takes great bravery, and perhaps a hint of recklessness, to further inflame a burning inferno.

Deontay Wilder’s right hand is the biggest flamethrower in boxing, a weapon so destructive and efficient that he now literally focuses on landing one fight-ending punch while losing round after round after round. “The consensus is that either he knocks me out, or I win on points,” Fury said and he’s absolutely right – their rollercoaster first fight saw Fury dominate large periods through his slick skills but Wilder twice floored him and nearly knocked him out in the 12th round. There are valid reasons for that consensus opinion.

It would be a fascinating tactic if Fury is true to his word, maybe a masterstroke but definitely a risk. He shone in a two-round blowout of Tom Schwarz last year but Wilder, clearly, is a totally different animal altogether and one that will bite back far more ferociously. Approach with caution? Not a bit of it, Fury claims.

The eschewing of trainer Ben Davison, who led Fury through his comeback after a two-and-a-half-year hiatus and was scouting Wilder at ringside just weeks before being culled, was a calculated method to embrace a new way of winning, he has insisted.

“That’s why I’ve employed the Kronk [gym] trainer who specialises in sitting down on the right hand,” he explained of new trainer Sugarhill Steward. “Look at all the Kronk fighters, Wladimir Klitschko even, they look for the big right hand.”

Sugarhill Steward previously told Sky Sports about the plan to beat Wilder: “It’s the Kronk style, so it’s not hard to figure out.

“What did Emanuel like the most? If you know that answer, you know the plan Tyson spoke about.

It is not a style associated with Fury but perhaps he has learned from sharing 12 rounds with Wilder, and watching his opponent’s previous fight, that trying to beat him via decision is pointless.

Much less fighting fire with fire, trying to out-box Wilder is akin to running through a burning building and hoping to emerge safely. You’re going to get hurt, somehow, at some point.

Luis Ortiz, two months ago, comfortably won the first six rounds against Wilder then got clobbered by one punch and couldn’t get up.

So why not gamble? The logic is sound. 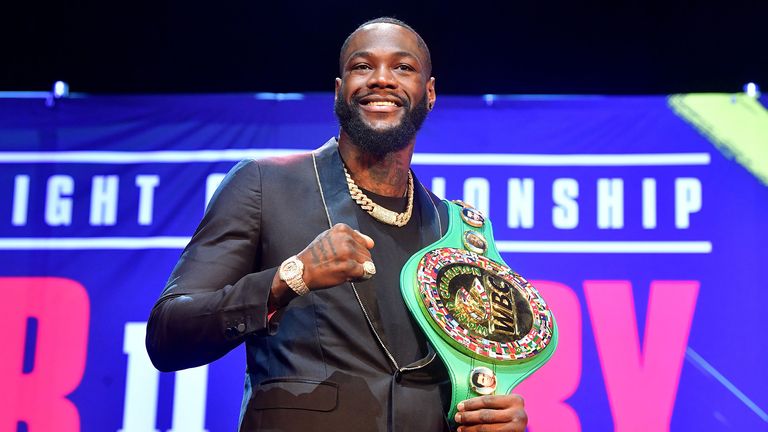 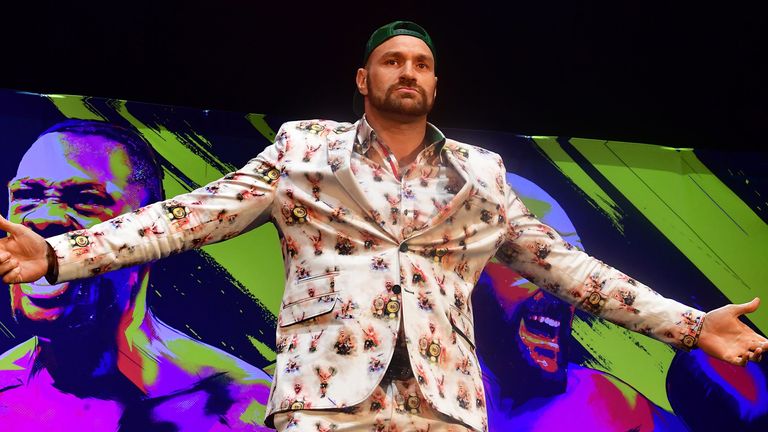 The added subplot is that Wilder and Fury know each other better having already fought and can fine-tune their strategy for the rematch based on information gathered 13 months ago.

Wilder believes, not without reason, that Fury’s drastic change of tack is a sign of desperation.

The defending WBC heavyweight champion asked Fury: “Why so many trainers? He rotates trainer like he does his draws! I’ve got the same people – you don’t see me firing nobody, or taking anyone on.”

There is the very real possibility that Fury’s wish to go “mano a mano” in a “slugfest” is playing directly into the champion’s hands. Wilder had this sort of brawl with Dominic Breazeale last year, and decimated him in one round.

“When you have power, there’s no way around it,” Wilder warned. “You can’t prepare for it. I gave this man a concussion the first time, he doesn’t know how he went down or how he got up.