WBC president Mauricio Sulaiman says Dillian Whyte will have the ‘opportunity to prove his innocence’ after allegations of a failed drug test.

The British heavyweight faced allegations of a failed UK Anti-Doping A sample before a points win over Oscar Rivas in last month’s WBC final eliminator at The O2, but Whyte remains determined to clear his name. The B sample results have not been disclosed.

Whyte’s status as WBC mandatory challenger and interim champion were initially ‘suspended’ by the WBC, but the governing body’s president Sulaiman has suggested he will wait for an official verdict on the 31-year-old before making a final ruling. 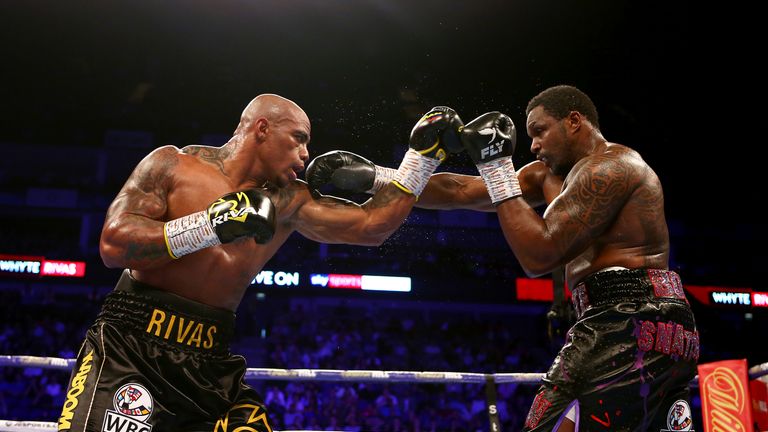 “We’re going to do the whole process,” Sulaiman told Sky Sports News. “We are not a police, we are here to protect the fighters, and we have to give Dillian Whyte the opportunity to prove his innocence.

“We’re in the process and we’ll see what happens. I wish it could just end up soon, so everything is clear and we’re just hopeful that everything will be resolved in the near future.”

I am so disappointed with the rubbish that has been said about me over the last few days.
I have lawyers dealing with it and I have been told that I can't talk about it for good legal reasons.
I was cleared to fight and I won that fight fair and square.

Thanks for the support