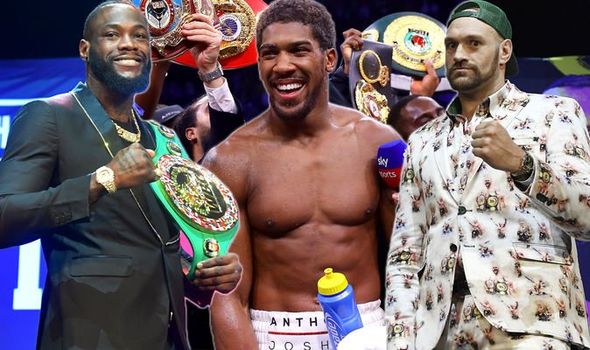 Tyson Fury has trolled Anthony Joshua, declaring his fights after rematching Deontay Wilder can only go “downhill” as he also challenged his fellow British boxer to “prove himself again”.

Joshua regained his three heavyweight titles – the WBA, WBO and IBF belts – by beating Andy Ruiz Jr in a rematch of his own last month in Saudi Arabia.

Six months after being shocked by his Mexican opponent in New York to suffer his first professional loss, ‘AJ’ gained recent in the Middle East, outboxing Ruiz to win unanimously on points and become a two-time world champion.

Talk has inevitably turned to when the Watford-born slugger will take on Fury and Wilder, the other two biggest names of boxing’s top division.

Firstly, Fury will face the ‘Bronze Bomber’ for the second time when they trade blows at the MGM Grand in Las Vegas on February 22, over 18 months since they first fought to a controversial draw in Los Angeles. 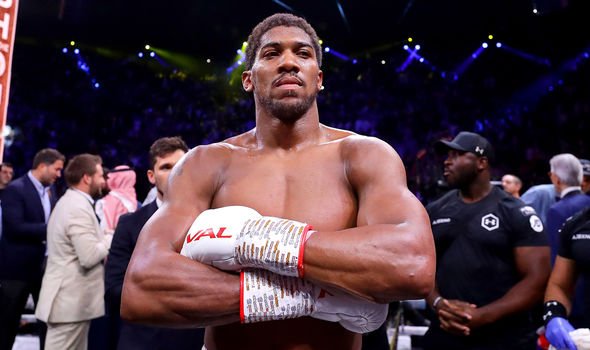 Fury facing Joshua would arguably be the biggest all-British battle of all time, rivalling the likes of Lennox Lewis’ win over Frank Bruno in 1993, Chris Eubank’s two showdowns with Nigel Benn in 1990 and 1993, and Carl Froch’s wins over George Groves in 2013 and 2014, the latter of which sold out Wembley Stadium.

Yet the ‘Gypsy King’ has claimed his scrap with Wilder for the WBC belt, which the Alabama native has defended 10 times since snatching in January 2015, is as big as it comes.

“It doesn’t get any bigger than this, no. This is the biggest fight of our generation,” Fury said after the first press conference to promote his rematch with Wilder.

“This is it. It’s the biggest fight of our era. It’s only downhill from here.”

Although Wilder or Fury facing Joshua in the future could see all four of the heavyweight division’s major belts put on the line, Fury added: “The undisputed doesn’t mean s***, doesn’t mean anything, belts don’t mean nothing, it’s all about who’s the best of your day.

“It’s not about what belt you’ve got holding your trousers up, it’s not about anything. It’s about who you fight, who you beat, that’s it.”

Asked if he still sees Joshua on the same ladder rung as himself and Wilder, Fury said: “Definitely not. He got knocked out [in the first fight with Ruiz], he’s already out of it, way out of it.

“It was a three-horse race, he got eliminated, it’s still a two-horse race now. Two horses and there’s only going to be one standing after this fight.

“The only belt I haven’t got is the WBC and I was robbed of that opportunity, which I should have that. I’m going to get that one more belt and that’s me with belts. Finished.

“I’ll fight Joshua with no belts. It’s not about the belt, it’s about who’s the best of your era. I’m the best, I haven’t got a belt. Only this one that’s holding my trousers up!” 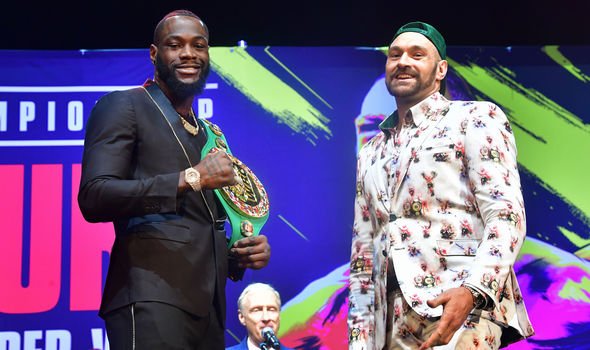 He said: “How big is this fight? Fury’s promoter Bob Arum has been talking about it being the most significant for the division for 20 years. That’s something I agree with.

“One reporter has said it’s the most significant since the the rematch of [Evander] Holyfield vs Mike Tyson in 1997. I would go for 1999 and the two fights between [Lennox] Lewis and Holyfield, as they were hugely significant for the heavyweight division.

“You’d be hard pressed in the two decades since to mention a fight of more significance than this.

“I know we spoke about going to Saudi Arabia for Joshua vs Andy Ruiz in December and about how big that was for us. I ranked that in my top six events I’ve ever covered.

“That was monumental because of the impact it might have had on Joshua’s career, and has had because he won. Rematches are so important to this sport and become monster occasions with the narrative of a first fight.”