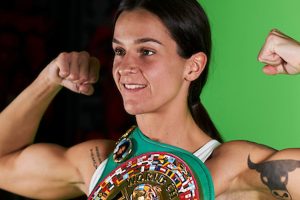 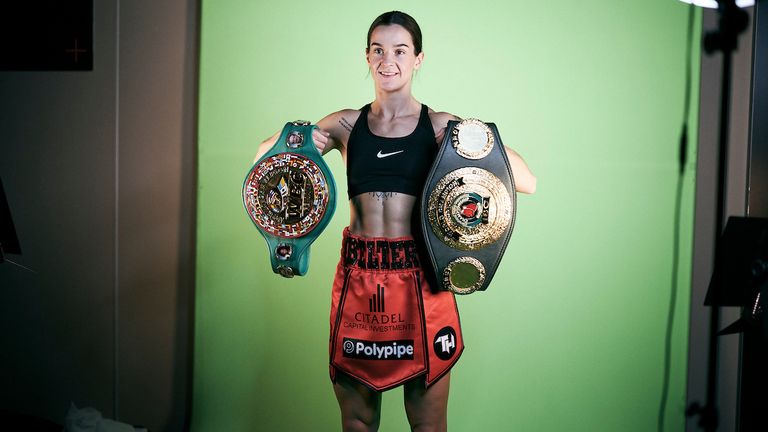 Terri Harper has warned her rival world champions that she plans to take their belts and become the division’s No 1.

WBC super-featherweight champion Harper is in talks over a fight against Hyun-Mi Choi, who holds the WBA belt, in a battle between undefeated title holders.

“We’re looking at fighting the other champions in the weight class,” Harper told Sky Sports News. 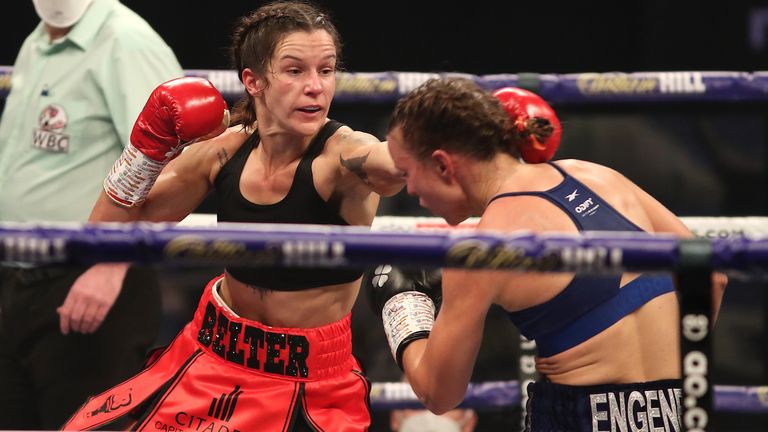 Her message to her rivals was: “Bring their A-game because I’m making massive improvements in the gym and I’m excited to show everyone what I can really do.”

South Korea’s Choi (WBA), France’s Maiva Hamadouche (IBF) and the United States’ Mikaela Mayer (WBO) are the other champions that Harper must contend with.

Hamadouche and Mayer have been bickering on social media about agreeing a fight to unify their belts.

Undefeated Olympian Mayer, who is promoted by Bob Arum’s Top Rank, has regularly been vocal towards Harper online too.

Mayer previously prodded at Harper: “You could have told [promoter Eddie Hearn] and Stefy that you want to fight me but instead you signed a contract to fight Choi.” 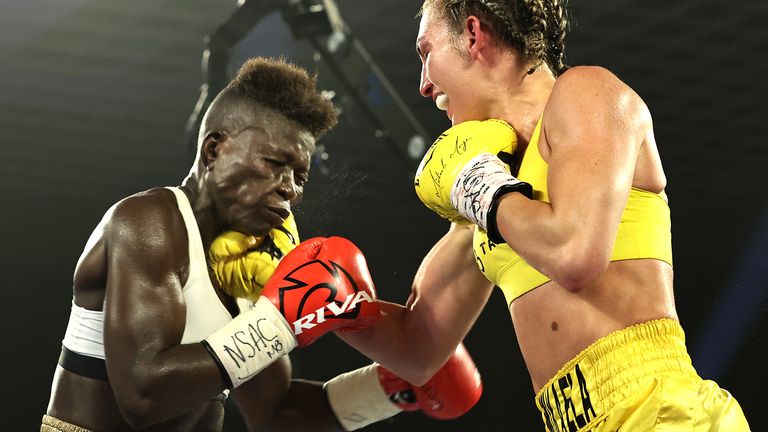 Harper has now told Sky Sports News about Mayer: “She’s a very good boxer, one of the exciting fighters in this weight category.

“It’s potentially a big fight for the end of this year.

Harper encountered her first major difficulties last August when she was held to a draw by Natasha Jonas.

She rebounded with a stoppage win over Katharina Thanderz and says: “I felt like I had a lot of questions to answer. It put me back on track and gave me my confidence back.

“I’m excited to get back out for the chance to add another belt to my collection.”

Harper’s fight against Jonas was her highest-profile to date, against a more experienced opponent. 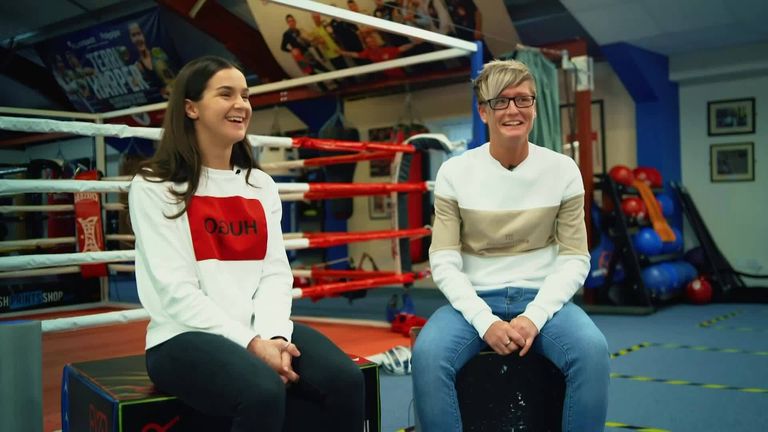 After the draw, Harper came off social media for a month and now explains: “The Jonas fight was my first big domestic fight. She had a lot of fans who I thought were my fans.

“I got too caught up in the social media. I got too emotionally invested and let it take over.

“After the fight, there were a lot of opinions.

“It was time for me to step back from social media.”

Harper is in the final stages of healing a hand injury sustained in her most recent fight. She said: “As long as I can punch people in the face, it’s all good!”