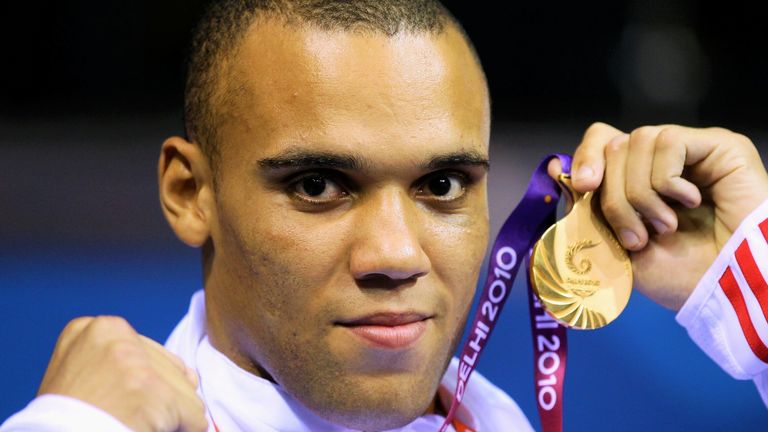 Simon Vallily describes his career as a ‘bit of a shambles’ but has rediscovered his discipline in time for a big domestic heavyweight title fight, writes Ed Draper.

It’s approaching 10 years since Vallily won Commonwealth gold in Delhi. It’s more than seven years since his professional debut in London. But on Saturday, he is determined to make up for lost time and vanquish undefeated Fabio Wardley in their English title fight, live on Sky Sports.

“My pro career has been a bit of a shambles. It’s lacked momentum, but that’s nothing to do with the disappointment of missing out on the Olympics (London 2012),” Vallily told Sky Sports in a candid conversation.

“It’s about my personal life. It’s about the decisions I’ve made in the past. But that’s behind me.” 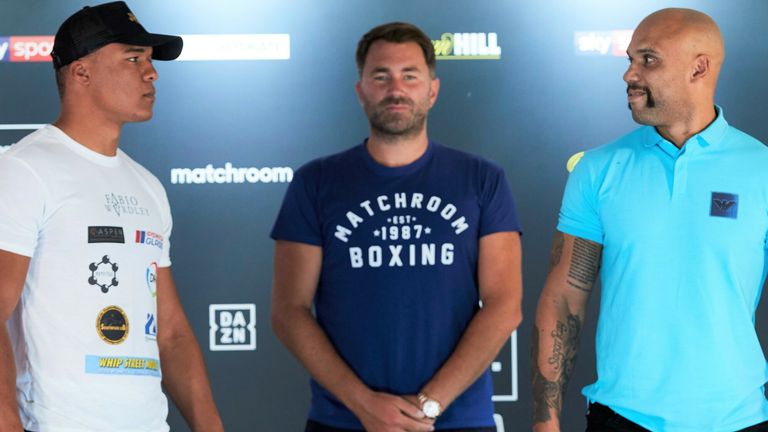 "Done a bit of white collar boxing and knocked 8 journeyman out… let's be real."

"There's nothing there, you're washed up." @Fabio_Wardley v Simon Vallily is going to be lively! 👀 pic.twitter.com/bW4GBpgo3B

Vallily fought for the English title at cruiserweight but his shot at glory was stymied in a draw with Arfan Iqbal in 2018. At 34, the Middlesbrough man feels he’s growing into a heavyweight scene dominated by naturally bigger men.

“One hundred per cent. I feel better now, physically, than when I was 25. I feel a lot more natural at this weight. I feel stronger and faster than I did at cruiserweight.

“There are bigger heavyweights than me, but I have other assets.”

Vallily’s boxing skill-set was honed in a commendable amateur career with Team GB, culminating in winning the Commonwealth title. And he believes he’ll be a step too far too soon for fast-rising Wardley, whose blistering talent was unearthed in white-collar boxing.

“He (Wardley) has got absolute zero amateur pedigree. He keeps talking about who he’s sparred. But sparring is nothing. I could spar all day.

“We’ll see how he feels when he gets hit in the face with a 10 ounce glove by a proper boxer,” Vallily said with a fierce tone.

As Vallily himself observes, his progress has in the past been hindered by outside distractions and transgressions. He’s twice served prison time. But he maintains he’s committed body and mind to the challenge facing him in Chelmsford. 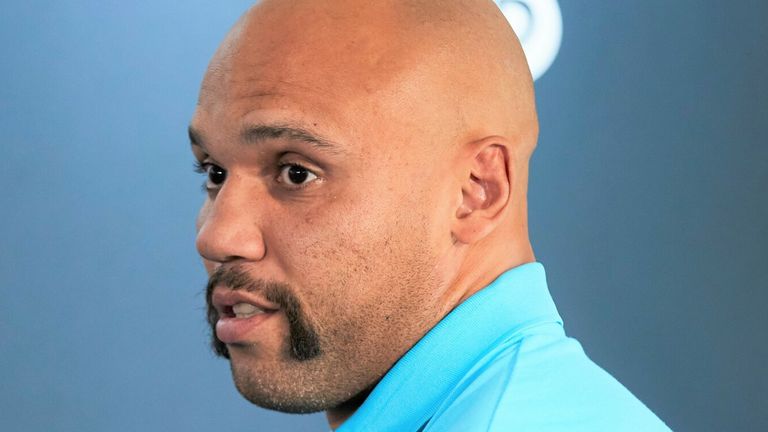 It’s a long time coming, but I have some fire in the belly.

“It’s one hundred per cent a great opportunity for me to win a first pro title. It’s a long time coming, but I have some fire in the belly.”

The showdown was originally set for early April and due to the timing of lockdown, Vallily said he’d already reached fight fitness and has maintained conditioning throughout the pandemic.

Wardley says he’ll be too explosive for Vallily and the 25-year-old is publicly predicting an eighth knockout win in his ninth professional fight. Vallily though isn’t interested in fight forecasts.

🗣"He's going to get a real big shock on Saturday night." 👀

Simon Vallily believes everyone, including us 😳 is underestimating him ahead of his bout with @Fabio_Wardley this weekend

“He’s a good talker. We’ll see what he’s about when he gets in the ring.

“The style I win the fight, is totally down to how Fabio Wardley approaches it. Will he try to outbox me? I don’t look at what he’s been saying. The bell will go and we’ll see what’s the crack.”

Back in 2016, Vallily remarked that he was then on his “fourth chance.” Some might say he’s now very much in the last chance saloon. But with Joe Joyce and Daniel Dubois’ British and European title showdown postponed to the autumn he’s cognisant that a win in Matchroom’s back garden could launch a glorious finale to his stop-start story.

“It’s a brilliant opportunity. There are other big opportunities to come my way.

As Vallily concedes readily, it’s not opponents’ fists that have been the big issue, but rather his ability to quell internal demons.