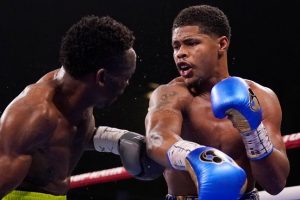 Shakur Stevenson proved too slick for Jeremiah Nakathila as he cruised his way to the vacant WBO interim super-featherweight title in Las Vegas.

The undefeated 23-year-old dominated his Namibian counterpart from the off, dropping his man in the fourth, en route to a convincing unanimous decision verdict via three scores of 120-107.

After a patient opening few rounds, Stevenson picked up the pace and soon got into his rhythm, finding the target with a sharp right up close as Nakathila quickly recoiled into a shell. 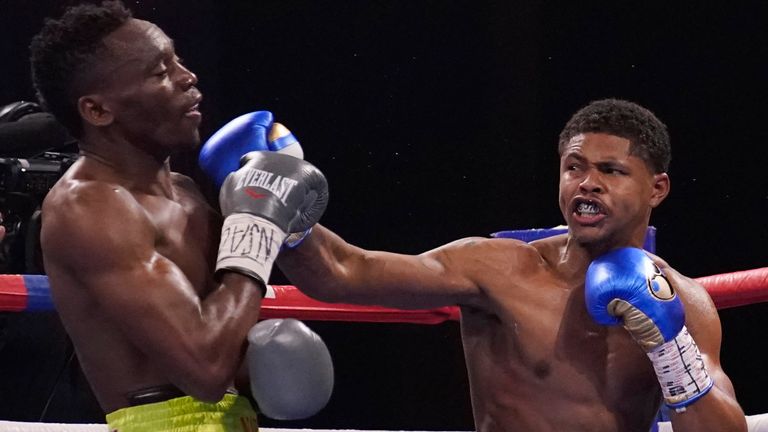 Unsurprisingly, it was the lightning right that then sent him down in the fourth, the Namibian tasting the canvas after walking onto a flash shot, his younger adversary gleefully smiling in the corner as if sensing an early finish.

Despite a tidy array of work to follow, the blockbuster ending never did quite materialise however, the Newark southpaw content to cautiously score single punches, perhaps wary of his counterpart’s knockout-heavy record.

A rapid flurry in the eighth momentarily saw some ringside spectators edge out of their seats but a null ninth swiftly restored order – this fight seemed destined the scorecards.

The Windhoek native briefly touched down for a second time in the final three minutes, but referee Celestino Ruiz ruled this one a slip, the 31-year old able to rally and hear the final bell.

Earlier in the night, Jose Pedraza broke down and stopped Julian Rodriguez after eight rounds of action, the Puerto Rican boxing well to edge closer to a super-lightweight world title shot.