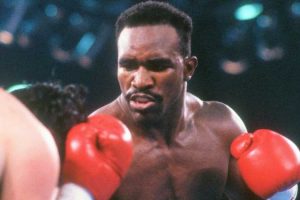 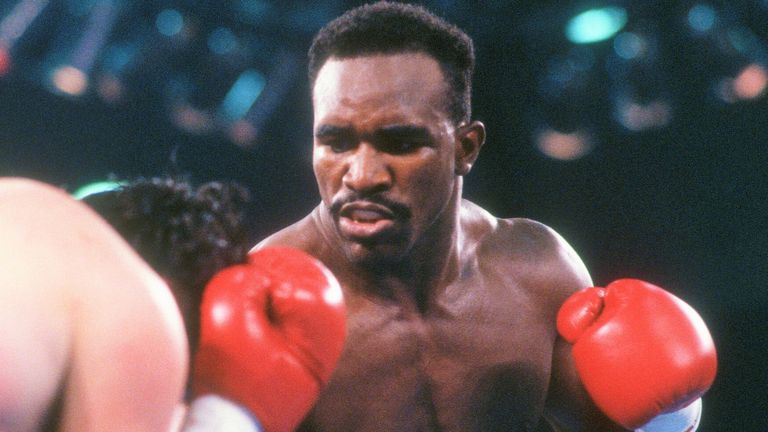 Seamus McDonagh never found out if the $25million promise was real, nor does he seem that worried, because fighting Evander Holyfield was the most honest moment of his boxing career.

The fighter-turned-actor laughs freely while recounting his role as the reluctant Irish heavyweight in Atlantic City and the world No 1.

The descent of Mike Tyson’s career had started with a sensational loss to James ‘Buster’ Douglas and McDonagh suddenly was in demand as he told Sky Sports. 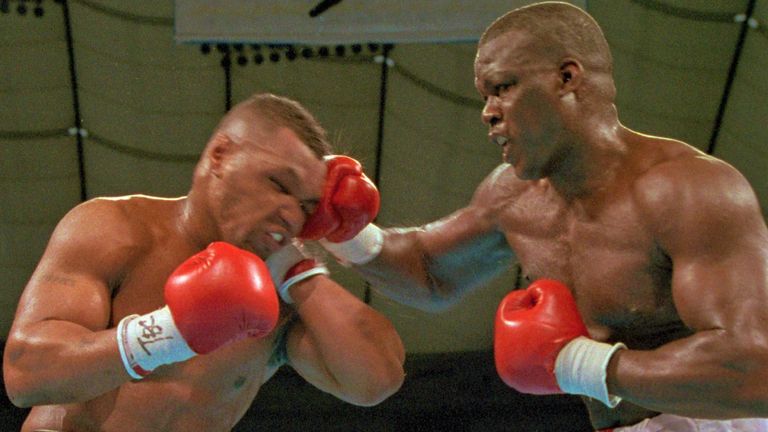 “We said no, and then I got an offer to fight George Foreman.

“It was around the same time. I was like, ‘Three times my size?’ I said no.

“Then I got an offer to fight Holyfield. We said no. Why do these heavyweights want to fight me?”

McDonagh, the man from County Meath with the boxing upbringing in Brooklyn, had caught the eye of the sport’s biggest powerbrokers.

An offer to train alongside Mike Tyson had previously been made to McDonagh.

With a teenage Tyson watching on, McDonagh visited the home of famed coach Cus D’Amato, only to politely decline the training invitation after learning that sparring sessions would be without head guards. “It would have been a different life,” says McDonagh, who still won the Golden Gloves at the third time of asking to earn a personal prize giving from Muhammad Ali.

A record of 19 wins, one draw and one loss meant McDonagh resided in the rankings among the finest cruiserweights, but an audacious challenge to Holyfield changed everything.

“My manager Nick Baffi and I went to the Holyfield vs Alex Stewart fight in Atlantic City.

“We were right up by the ring and as (Holyfield’s promoter) Dan Duva was walking away with Holyfield, my manager grabbed him and said: ‘Why don’t you fight Seamus next?’

“Dan looked at us and I guess that put the idea in his head.

“Next thing we got the offer to fight Holyfield. We turned it down right away. I wasn’t experienced enough. Who had I ever fought? Nobody.

“They came back to us a week later and said: ‘Yeah, but if you beat him, you’ll make $25million in your next fight.'”

This huge cheque and a world title fight with Douglas, Tyson’s destroyer in Tokyo, would be deposited to McDonagh if he could overcome Holyfield in June 1990.

“It was hilarious, having to breathe in the exhaust fumes of a car before I got in the ring.”

But laughter and joviality were soon replaced by harsh reality.

“I walked into the huge arena and I thought, ‘woah.’

“Then it just hit me, I’m fighting the no 1 heavyweight in the world.

“I’m not even a heavyweight, and I thought, ‘No one is getting in there, only me.’

“For the first time in my life, I was completely honest.'”

McDonagh offers his own interpretation of the thoughts and feelings that enveloped him in the dressing room at the cavernous Convention Hall.

“The acronym for fear is false evidence appearing real. It’s intelligent to have thoughts about what might happen. 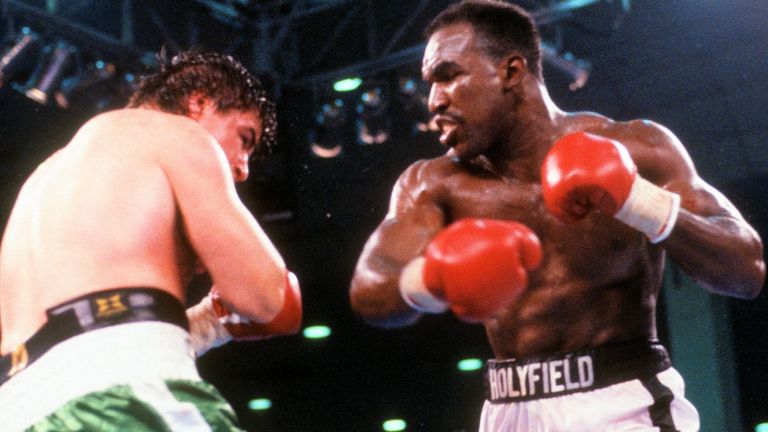 Charging out of his corner, McDonagh unloaded hooks and uppercuts on his most daunting foe, only to be sent to the canvas twice by sharp counters from Holyfield.

He settled in the second and third round, even landing a right hand that nearly dislodged Holyfield’s mouth guard.

But a left hook dropped McDonagh heavily by the ropes in the fourth and referee Joe Cortez waved it off, regardless of the Irishman’s protests.

“When he knocked me down, I remember laying on the canvas thinking, ‘If I lay here it will all be over.’

“All those guys, they all quit. Mike quit on the ground against Buster Douglas. They’ve all quit. Who hasn’t quit? I almost quit. I didn’t though.”

Among the spectators offering words of consolation was Donald Trump, who wanted to see more of McDonagh.

But he retired after losing his next fight.

McDonagh has held the title role ever since and was joined by fellow fighters such as John Duddy, Mark Breland and Chris Algieri on stage, with former heavyweight champion Michael Bentt directing the cast.

He has appeared in several other plays, gaining more plaudits for acting than fighting, and delivers a final well-timed laugh when pressed about the pressures of a different performance.

“It’s more paralysing, boxing. Nothing compares to fear in boxing.”