‘His problem is that his style is perfect for me, he can’t get away’: Andy Ruiz confident of beating Anthony Joshua in Saudi Arabia rematch

There is much in the new life of Andy Ruiz as Mexico’s first world heavyweight champion for which he is ‘willing to die’ when he fights Anthony Joshus a second time, in Saudi Arabia on December 7.

Not that you would guess which item matters most to the man who turned Joshua and boxing on its head in New York three months ago.

Of course he wants to keep the belts he ripped from Joshua’s chiselled waist. 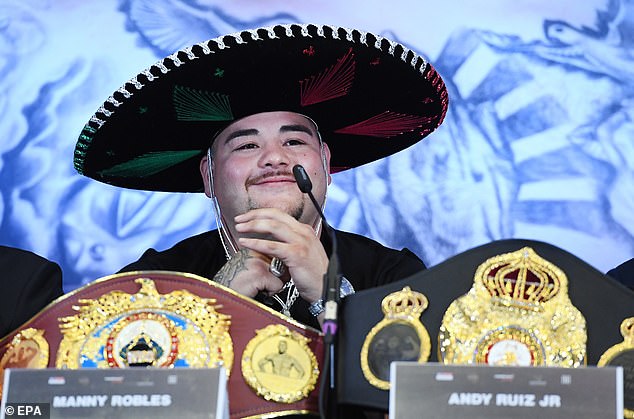 Andy Ruiz has began his training camp for his WBA, IBF and WBO heavyweight rematch

Naturally he is proud of the mansion in southern California, the white Rolls Royce and the diamond encrusted jewellery now adorning his neck and wrists, all the fruits of that seventh round knock-out in Madison Square Garden.

But when it comes to the bottom line Ruiz says: ‘One thing’s for certain, Anthony’s not taking away the Cheerios from my kids.’

There speaks the simple, honest, ever-smiling character who trained for the ring upset of this century so far on Snickers bars.

Ruiz adds: ‘It’s nice also that I no longer have to worry about paying the rent, the electric, gas and water bills or struggle to feed my family.’ 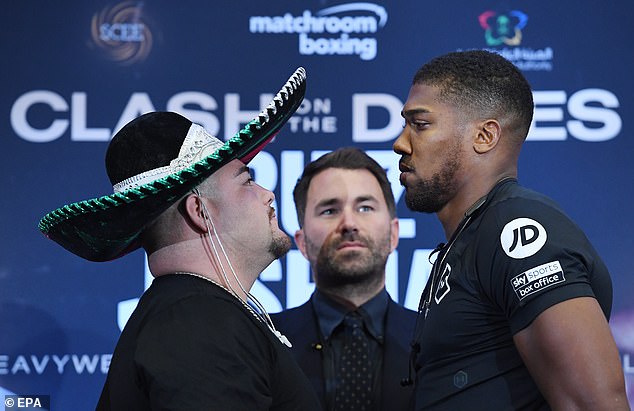 Bless him. Even Joshua can’t help liking him, saying: ‘I hated losing but I’m happy for him that he fulfilled his life-time ambition and brought hope to his people.’

The respectful Ruiz says: ‘Thank you. I am doing all I can to help my people on the border. I talked about that when Mexico’s president invited me to Los Pinos, our White House. That was the best moment of everything I’ve done since winning the title.’

But has he overdone it? All the celebrating? He denies rumours that as he is set to add a reported £10 million in the desert to the £6m he made in the Big Apple he has had to be dragged back into training or lost his appetite for the hardest old game.

As he flew back to the US after the last media conference of a whistle stop promotional tour of Riyadh, New York and London he said: ‘I’ve enjoyed myself but the hunger’s still there. It will be straight back into the gym the day after we land. I definitely don’t want this to be just 15 minutes of fame. I need to keep these belts for my legacy. I don’t want to let down my kids, my family, my people, my country.’ 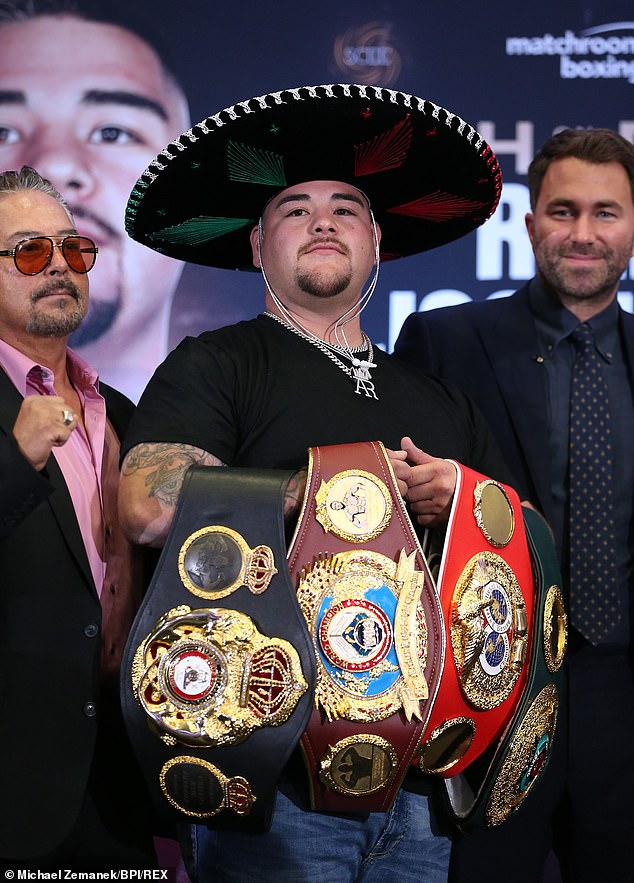 The Mexican has began his training camp for his WBA, IBF and WBO heavyweight rematch

It showed when Joshua touched one of the WBA, IBF, WBO and IBO belts as they stepped onto a stage in a hotel near Heathrow airport: ‘No, no. He let me hold the belts before we fought in New York but sorry, I’m not letting him do the same here.’

‘The rotund appearance of Ruiz belies the speed of hand and foot which he expects to overwhelm Joshua again.

‘Did he quit in New York?’ Ruiz muses. ‘Well, let’s just say I don’t think he wanted to continue. Now that we’ve come face to face again I see in his eyes that he’s more focussed but are there doubts in his mind? I don’t know yet. We all have doubts but I have no fear about boxing anyone.

‘I respect Anthony as a boxer, as a man and for all he’s achieved. But his problem is that his style is perfect for me. He doesn’t have the movement to get away from me and my combinations.’

Joshua is working to be leaner, less muscled to improve that element but Ruiz also expects to be a little leaner and even quicker.

At word of which Ruiz smiles, as if to say: ‘Many Cheerios, Anthony.’