Ricky Hatton 'devastated' as his comeback fight is postponed 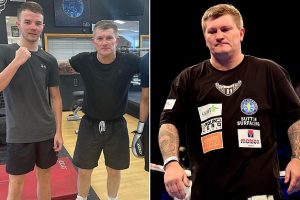 Ricky Hatton ‘devastated’ as his comeback bout against Marco Antonio Barrera is postponed, but insists he will stay fighting fit after 10 years out of boxing

Ricky Hatton was ‘devastated’ at the postponement of his planned comeback fight against Marco Antonio Barrera, but said he would maintain his fitness after a remarkable transformation.

The fight was postponed after Hughie Fury, another fighter on the card, had to pull out with an injury.

Hatton, who had lost three and a half stone for the fight, said on twitter: ‘Absolutely devastated. Got myself in great shape physically and mentally. 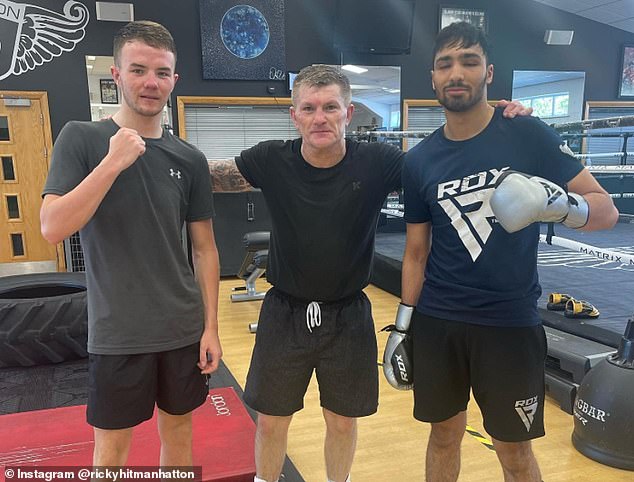 ‘But we go again each day. Sparred my son again today. Doesn’t get much better.’

The 43-year-old had transformed his lifestyle in preparation for the fight. He told talkSPORT: ‘I’ve worked so hard, I’ve lost three and a half stone in weight, I worked really hard, rounds of sparring, rounds of training and pad work and just for it to be postponed. 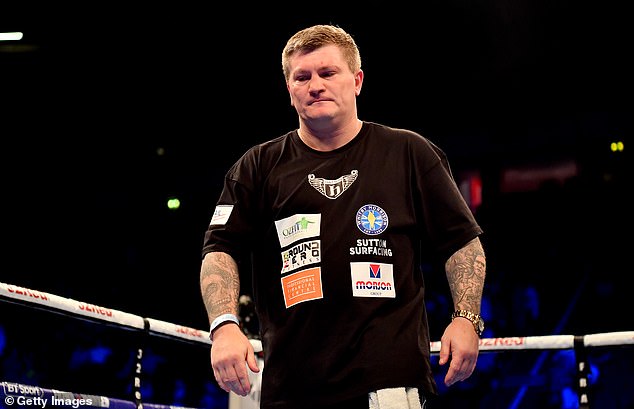 He continued: ‘When I was younger I’d put the weight on but I always knew I’d be back in training six or seven weeks later and that’s not the case anymore.’

‘I’m going to try and stay where I am, I’m 43 years of age now and opportunities like this are not going to come around as often now, I can’t just make a comeback every time I want to get a bit of weight off.’

Hatton was also asked about Tyson Fury’s recent claim that he would only come out of retirement to fight Olexksander Usyk for £500m. He said: ‘I’ll fight Usyk if I get half a bill! Nevermind Tyson, Tyson can step aside.’