Manny Pacquiao believes a rematch against Floyd Mayweather in 2019 is ‘a big possibility’.

The 39-year-old delivered a speech at the Oxford Union in which he said he is likely to take on two more fights before retiring, and that could mean a finale against his long-time rival, who beat him in Las Vegas in 2015.

Pacquiao will take on Adrien Broner in January, while Mayweather announced earlier on Monday his next challenge will be a bout with Japanese kickboxer Tenshin Nasukawa on New Year’s Eve – reversing his apparent retirement after he beat UFC star Conor McGregor last year to move to 50-0. 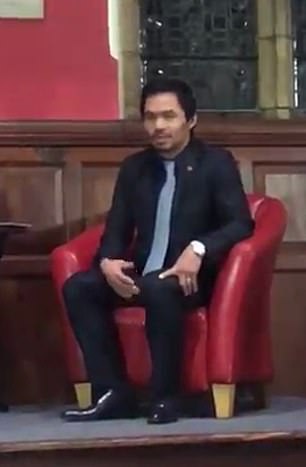 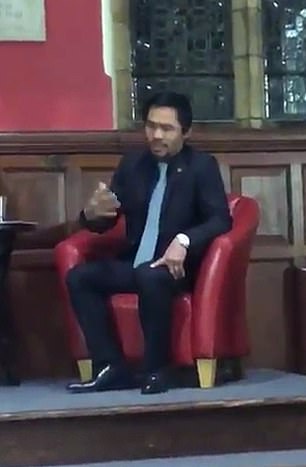 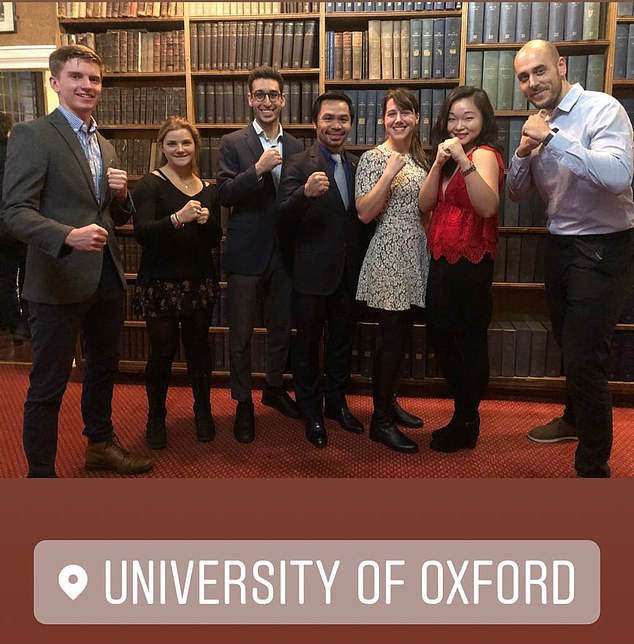 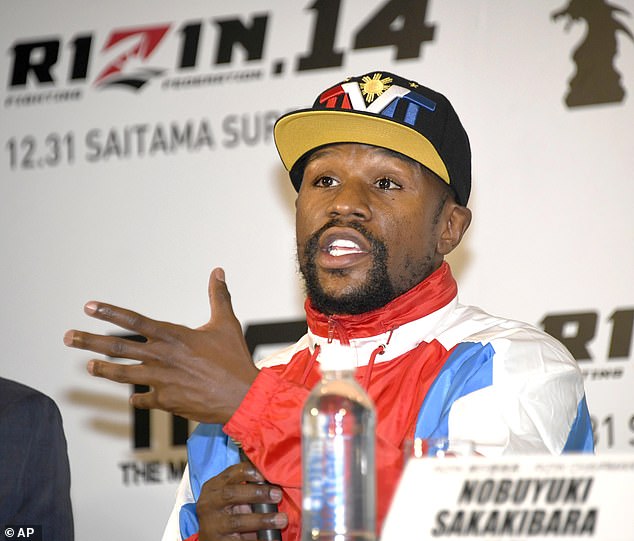 ‘There is a big possibility because Floyd is coming back into boxing,’ Pacquiao said in comments reported by Sky Sports.

‘He is fighting in December and I am fighting in January. So a big possibility after that next year that we will discuss a re-match. 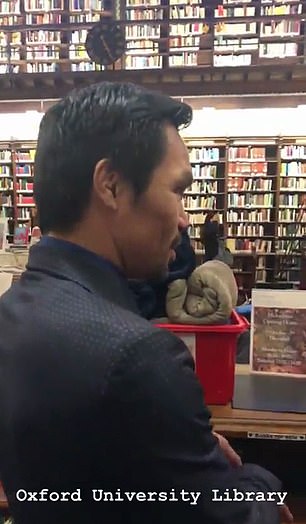 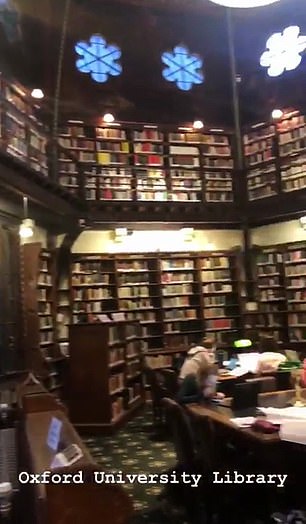 Visiting Oxford University, Pacquiao was shown around the library as he posted on Instagram

‘I had a shoulder injury…but this time, if this re-match happens there are no excuses, no alibis.’

However, Pacquiao’s talk in Oxford did come in for some criticism from the university’s Philippines Society.

According to the Oxford Student,  concerns surround the fact that Pacquiao is now active back in his home country’s politics and he is considered a contender for presidential election in 2022.

‘Mr Pacquiao has commented that people who engage in homosexual relations are ‘mas masahol pa sa hayap’ (worse than animals)’,’ a statement read.

‘More recently, with his role as Senator, Mr Pacquiao has been pushing for the reimposition of capital punishment ie. The death penalty, with a specific focus on drug related offences in obvious support for Philippine president Duterte’s ‘war on drugs’.’

‘The Philippines Society have expressed that they hope his invitation will not be seen as a validation of his performance as a legislator given that his stances on many issues have seen to undermine ‘fundamental human rights’. 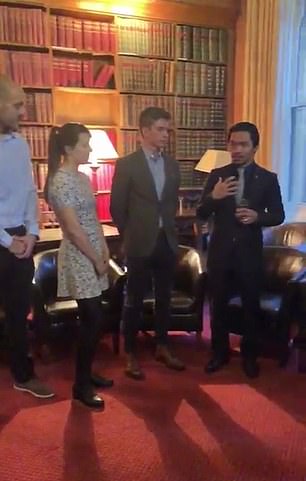 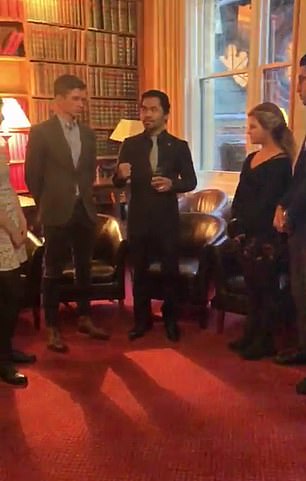