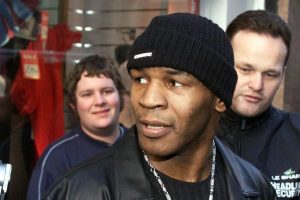 Boxing legend Mike Tyson has laid out the requirements that people need to meet in order to join his huge entourage group.

Tyson’s career began in 1985 and he went on to become the undisputed heavyweight world champion for three years from 1987.

Over his boxing career, the American built up a huge fortune, with his career earnings estimated to be in the region of £400million, though he developed a reputation for blowing through money.

As well as his fortune, Tyson also gathered a legendary entourage, though entry to the prestigious group appears hard to come by.

The 54-year-old has now revealed what he is looking for in someone who wants to join his group of followers.

“If people in your life and they don't have a purpose, what the f*** they in your life for?” he told former NFL star Terrell Owens on his 'Hotboxin with Mike Tyson' podcast.

“Anybody can be on the corner and say, 'Hey Mike, do this, do that'. But who's gonna suffer? Who's going to make this a better situation?

“I'm champ and I got money, what are you going to do to make this situation better?

“That's my thing, when I'm in somewhere and I see a room and the room's dirty, I start cleaning the room. I want to do whatever I can to make this a better situation.”

After 15 years out of the ring, Tyson returned to boxing last year, when he fought Roy Jones Jr to a draw, and has stated more exhibition bouts are planned.