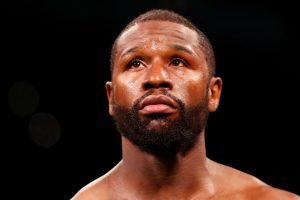 Mayweather faced YouTuber Paul in an eight-round exhibition match this past weekend, and while the former Olympian was expected to knockout Paul without breaking much of a sweat, the contest went the distance.

Due to the bout’s unique ruleset, no winner was declared and while some claimed Paul had claimed the moral victory, others argued Mayweather wasn’t trying at all and could’ve ended the fight whenever he wanted.

Tyson, who came out of retirement to box Roy Jones Jr. late last year, criticised Mayweather’s decision to box Paul, with the latter outweighing the former by around 30lbs on fight night.

“I think Floyd should keep on trying. I don’t think he should fight a f***ing cruiserweight,” Tyson began.

"I think he should continue fighting guys his own weight.

“What the f*** is he doing? Fight Pacquiao again or something, keep in shape. Now that I think about it now, he should have had Paul lose a lot of weight.

"I was surprised [he didn't do that]. A smart fighter would have made him suffer, made him starve. It was harder than Floyd anticipated, I believe.

Do you think Floyd Mayweather should box again? Let us know in the comments section below.

"Was he boxing a cruiserweight? How did he train for this? With experience? I believe when [Logan] was hitting him, he was hurting him a little bit because he’s not a 160-pound guy.

“I think he’d make more money if he fought Pacquiao again. Floyd didn't make the guy chase him. You make the big guy chase you. He needs to fight a guy at more of his weight division, 155-pounds or 160-pounds."

Mayweather and Pacquiao were widely considered the two best boxers of their generation and were expected to fight for years. The two would eventually clash in 2015 and with both men arguably past the peak of their powers, Mayweather would win via unanimous decision.

Pacquiao has continued to compete as a professional, defeating the likes of Adrien Broner, Keith Thurman and Jessie Vargas.

In August, the Philipino will clash with top-rated pound-for-pound talent Errol Spence Jr., a man 11 years his junior. Pacquiao will be a heavy underdog on the night, with Spence undefeated in 27 fights.