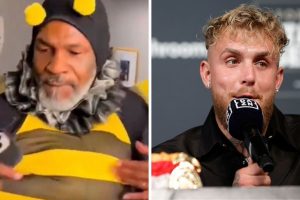 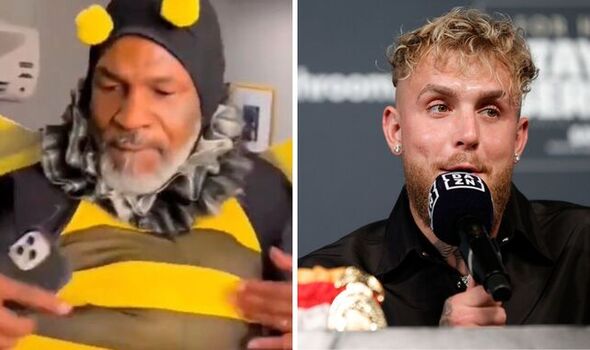 A video of Mike Tyson dressed up as a bumblebee while dancing behind the scenes at Jimmy Kimmel Live on Thursday has taken the internet by storm. In a hilarious Instagram post, Tyson poked fun at the costume he was made to wear as a judge on a spelling bee segment of the show.

The former baddest man on the planet donned a fuzzy yellow-and-black striped top, with matching wings and bobbly antennas.

Clearly, Tyson was a big fan of his new attire as he repeatedly declared, “I’m beautiful” in the video posted to his 18.7m followers with the caption: “It’s none of your beeznuss @jimmykimmellive.”

“This has got to be one of the greatest videos on the internet,” one of Tyson’s followers wrote. “Somehow not even sus, just hilarious” added another. A third, meanwhile, posted: “Enough internet for today, thanks Mike”.

Tyson got prison school teacher pregnant after romping while locked up

The segment was part of a Kimmel tradition where the beloved talk show host invites the winner of the Scripps National Spelling Bee to defend their title against him. This year’s contestant was 14-year-old Harini Logan from San Antonio, Texas who competed in front of a panel of judges including security guard Guillermo Rodriguez, Kimmel’s cousin Sal, and ‘Iron Mike’.

Introducing Tyson, Rodriguez said: “He floats like a butterfly, he stings like a spelling bee, please welcome Mike Tyson!”

The appearance comes at a time in which there is a lot of speculation surrounding Tyson’s next fight. After his exhibition bout with Roy Jones Jr last year, Tyson revealed that he intended to fight again — but with who is presently unclear. During an episode of Bill Maher’s podcast, Tyson claimed he would be open to fighting Jake Paul for the right price.

He said: “I’m going to call him sometime Friday and we’re going to talk, absolutely. I don’t look at him the way society looks at him, I can’t even say what they call him.”

Since this announcement negotiations on a fight between Paul and Tyson seem to have gone cold. The former heavyweight champion of the world was, however, recently called out by popular MMA fighter Bob Sapp who threatened to ‘rip out’ Tyson’s heart in a bizarre video.

“Mike, now we all know what happened when you and I talked about the fight,” said Sapp. “I sent you a photo along with this sentence: ‘Mike if you fight me, I will rip your heart out and tear it to shreds.’ And it still applies.”