Home » Boxing » Logan Paul walks into fight with Floyd Mayweather wearing Pokemon card on a chain: How much did it cost?

Logan Paul walks into fight with Floyd Mayweather wearing Pokemon card on a chain: How much did it cost? 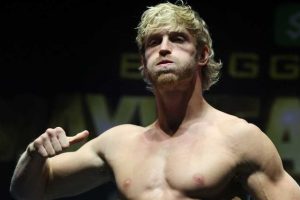 Logan Paul might not quite have the wealth status of Floyd “Money” Mayweather, but he showed off one of his more extravagant purchases as walking into their fight Sunday.

He came in with a gold robe, shorts and some shining white boxing gloves.

But the big purchase was around his neck and on a chain: a Pokemon card.

Paul was showing off a purchase he made in October 2020 and documented on his YouTube channel. A $150,000 purchase, to be exact.

He originally set out to buy a BGS 10 Pristine, golden first-edition Charizard card. The YouTuber-turned-boxer explained in the video that in 2017, a man named Gary went on the TV show “Pawn Stars” in Las Vegas attempting to sell a large collection of Pokemon cards for $500,000 but was turned down. At the time of the video, Paul said he was worth $5 million.

Paul said Gary is one of the biggest Pokemon card collectors in the world and that Paul tried buying the Charizard card from him, though his efforts were unsuccessful. Paul felt the BGS-graded card would be worth $1 million in a few years and that he would first pay $250,000 cash for it.

In the video, Paul went to see Gary’s collection. Gary told him that he had the only two BGS 10 Pristine examples of that Charizard card in existence.

Paul realized he wouldn’t be able to buy one of the BGS 10 cards, so he pivoted to asking for one of seven PSA 10 first-edition Charizard cards for $150,000, opening a briefcase with the money inside. Gary agreed to the sale.

Paul might not have walked in wearing a gator robe, but he was still able to show off his own expensive tastes.