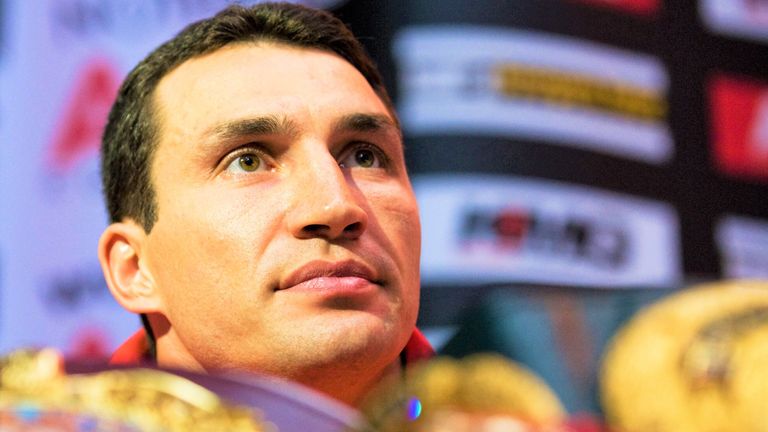 A decade ago today, Eddie Chambers was America’s No 1 heavyweight but fell at the feet of Wladimir Klitschko and became a damning indictment of a division that is unrecognisable to the one we see today.

This was the peak of the Klitschko brothers’ reign on March 20, 2010, when Wladimir held the IBF and WBO titles and Vitali held the WBC. The list of pretenders to their throne was long but bleak.

Today, Anthony Joshua and Tyson Fury hold every major belt and have dangerous challengers snapping at their heels constantly but 10 years ago, it was a very different time. 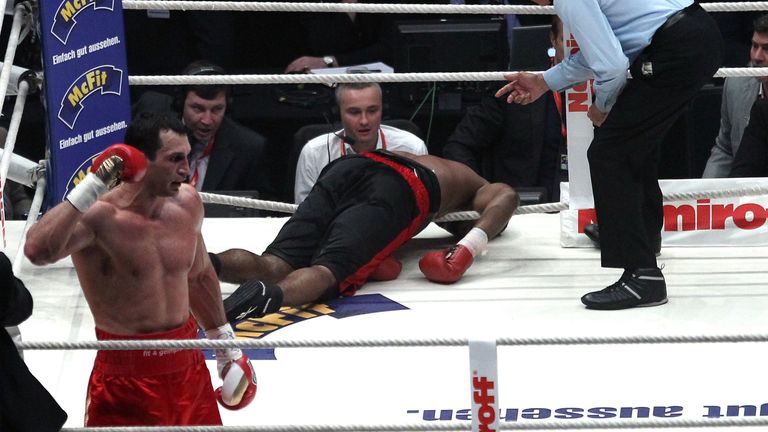 But Pennsylvania’s Chambers had done little by today’s standards to call himself America’s top heavyweight, joining the lineage of legends like Muhammad Ali and Mike Tyson.

He had never fought in a major venue and two years earlier was swinging fists in the Cayman Islands for a minor belt. He had already lost a fight to Alexander Povetkin (testament to the Russian’s longevity). However, in his previous outing, Chambers defeated Klitschko’s countryman Alexander Dimitrenko and that was enough to earn his shot at the long-ruling king.

He was given little hope pre-fight and conceded five inches of height, six inches of reach and 35lbs of weight.

The backing from his home country? This fight was not even televised in the USA and was only available to watch via Klitschko’s personal website. This was, in many ways, a new low for America’s heavyweight legacy which was still five years away from Deontay Wilder beginning an upwards curve by becoming WBC champion. 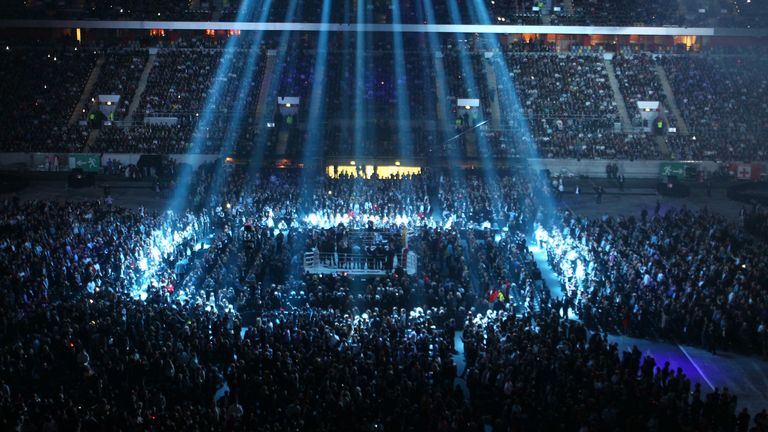 Klitschko vs Chambers was held at the ESPIRIT Arena in Dusseldorf, Germany, and this is the strange paradox of a heavyweight championship reign which was ignored in America.

The Klitschko brothers of Ukraine were mega-stars in Germany, an adopted nation that turned their fights into huge occasions at huge venues. No, the USA was not watching, but in this burgeoning pocket of boxing interest, it did not matter to the Klitschkos who welcomed American challengers and sent them back home battered and anonymous.

Chambers’ visit was in front of 51,000 fans at the venue used by Fortuna Dusseldorf, then a second division football club. Across three consecutive fights, Wladimir Klitschko attracted 155,000 fans including one at Schalke’s impressive and modern stadium.

This was still four years before Carl Froch and George Groves’ rematch at Wembley Stadium ushered in an era for British boxing that we are still enjoying, where the sport has been thrust into the mainstream. Joshua has since taken it further by repeatedly selling out stadia. In Germany years before, the wheels were set in motion by Klitschko, despite the fact that his opponents did not create compelling or memorable fights.

Klitschko’s ring-walk for the fight against Chambers in Dusseldorf was spectacular – to watch it now is to think the enormity of his meeting with Joshua at Wembley. Seven years earlier, the Red Hot Chili Peppers’ Can’t Stop rang around Dusseldorf, a theatrical red curtain was drawn, and the star of the show strode to the ring amid pyrotechnics and flamethrowers. It was breath-taking.

The fight, however, was not.

It is noteworthy in hindsight that Klitschko’s trainer Emanuel Steward gave him an impassioned dressing-down in the corner for not trying hard enough. He was coasting through his latest title defence but Steward wanted the night ended early.

This was the Kronk Gym mentality that Steward’s nephew Sugarhill taught Fury for his recent destruction of Wilder.

Klitschko had put in his trademark performance of thudding home a jab and right hand, and Chambers was kept at an arm’s length throughout. Spurred by his trainer’s demands, Klitschko found a knockout just five seconds from the final bell when a left hook landed to the top of Chambers’ head and sent him tumbling. "There's so much that could happen right now!"

Klitschko’s attention immediately turned to David Haye, saying: “I would prefer to fight him in a soccer arena but I would also face him in a car park if necessary.”

As for Chambers? He would never win another world-level fight and lost to Tomasz Adamek and Thabiso Mchunu soon after.